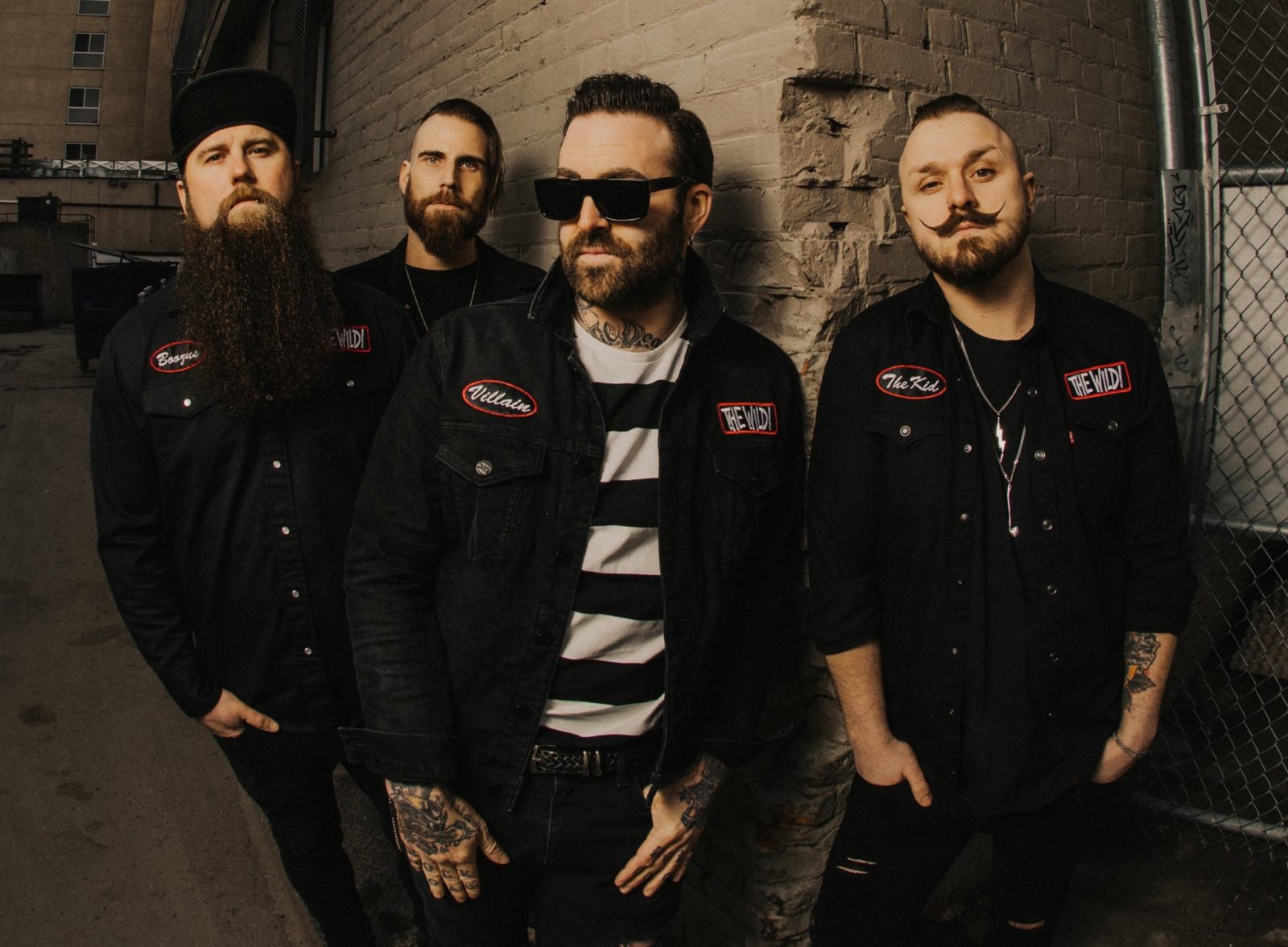 BURNING WITCHES – Dance With The Devil

On the occasion of the release of the album “Still Believe in Rock and Roll”, whose title says it all, I had the pleasure of interviewing Dylan Villain, singer and guitarist of the Canadian rock ‘n’ roll band The Wild!

Hi Dylan, welcome to Tuttorock, first of all how are you in general?

Hi Marco, I’m fine thanx, how are you? It’s crazy time, I’m at home too, we are all focused to the situation in Italy, I think like everybody in the world. We know that there the situation is worst, here we basically stay inside as much as we can.

In your opinion, will this global quarantine period helps to make people aware that we can no longer continue to ruin our planet?

I think that all these things are all definitely helpful for people to understand how things was working with the world and that things were not going well. I hope that we will able too look back at it and understand what we were working in this world before this and remembering that as times goes on.

Your very beautiful third album “Still Believe in Rock and Roll” was released on March 20, I listen to it often and it always puts me in a good mood, how is the album going?

Oh thanks, it sounds great. It’s going really good, we have kind of interesting time to listen about what people are thinking about the album because we are not be able to tour. We read that a lot of people enjoy the album. There is a lot of people that messaging us and thank us for bringing something positive, I feel very good about it.

I like all the songs but I have to say that “Gasoline” is one of the most beautiful ballads I have ever heard, did you also want to make a song that gave birth to new loves among rockers?

Thank you very much first of all. I wrote that song about three years ago, I wanted to write something very honest, a little confession, telling about my life, I didn’t think to it as a song for The Wild! but it became a song. If it helps people for become more positive I’m happy because it mean that my job is going well.

The first song of the album is called “Bad News”, it is a strange title for these times.

It was not intentional, that is a fun song and I really like it, it was only the song I wanted for starting the album.

How are your songs born? From a riff or from the lyrics?

The historic producer of AC/DC Mike Fraser co-produced this album with you, how did you know him?

Mike and I are very good friends, we speak almost every week, he is a very close friend, this is the third record together, the relationship is more and more stronger and better and the band evolving and growing in every record thank to him. He is making a fantastic job with us.

For those who don’t know you yet, how did you and the other guys in the band meet and when and why did you decide to form a band?

I moved to this region of Canada when I was younger, I was 20 or 19, I went to a house party in the hills, in the mountains, I was watching a band and I really liking the band, the police came and broke up the party, the band was playing a song about the police and then they played a cover called Fuck The Police, I remember I wanna play with these guys. I was very drunk and there was a keg full of money. I grabbed the keg full of money and I fucking puked on the money and over everything and put the keg down on the ground real quick as if they would not even notice. Then we became friends pretty quick and this is the story how we met.

And who came up with the idea of the name The Wild!?

Do you only listen to rock or do you also listen to other types of music?

I guess AC/DC were the artists that most influenced you, is that it?

Is there any rock band today that you particularly like?

There are a lot of bands I like, for example a Canadian hardcore band called Monster Truck, a band from California, Them Evils, a really cool rock band. And I can say also a fantastic punk rock band from Canada, Black Lungs.

What are the three albums you would always like to have with you?

Yeah, I would say “Powerage” by AC/DC, “Sex, Love and Rock ‘n’ Roll” by Social Distortion and I would say… let me think, “Moanin’ At Midnight” by Howlin’ Wolf.

Are you happy with how things have gone so far for you in the world of music?

Yes, of course. I am kind of person that always want more, all the things are going well with the band, we are a hard working band, we welcome every opportunities, we never want to miss the opportunities, we always love a chance for growing, we have to say thanx to all our fans in the world, without them there is nothing, we appreciate their love and their support very much.

What is your concert that you most gladly remember?

You have to play in the same way both for 500 people and 50000 people, you have to play the shows with the same attitude and love, if I have to choose one concert I say you the Wacken festival in Germany of last year.

At the beginning of this interview you spoke about the tour, I guess you planned a tour, now that the world is practically stopped, how will you organize your live shows?

The staff is rescheduling all, we cancelled all the shows in North America, we wake up every single day and we are waiting for better times.

Thank you very much, do you want to say something to the readers of this interview and to your Italian fans?

Yes, please everybody stay strong, there is something bigger that ourselves, we have to stay together for fighting it. Keep supporting to the bands that you love and rock ‘n’ roll will never die.

BURNING WITCHES – Dance With The Devil