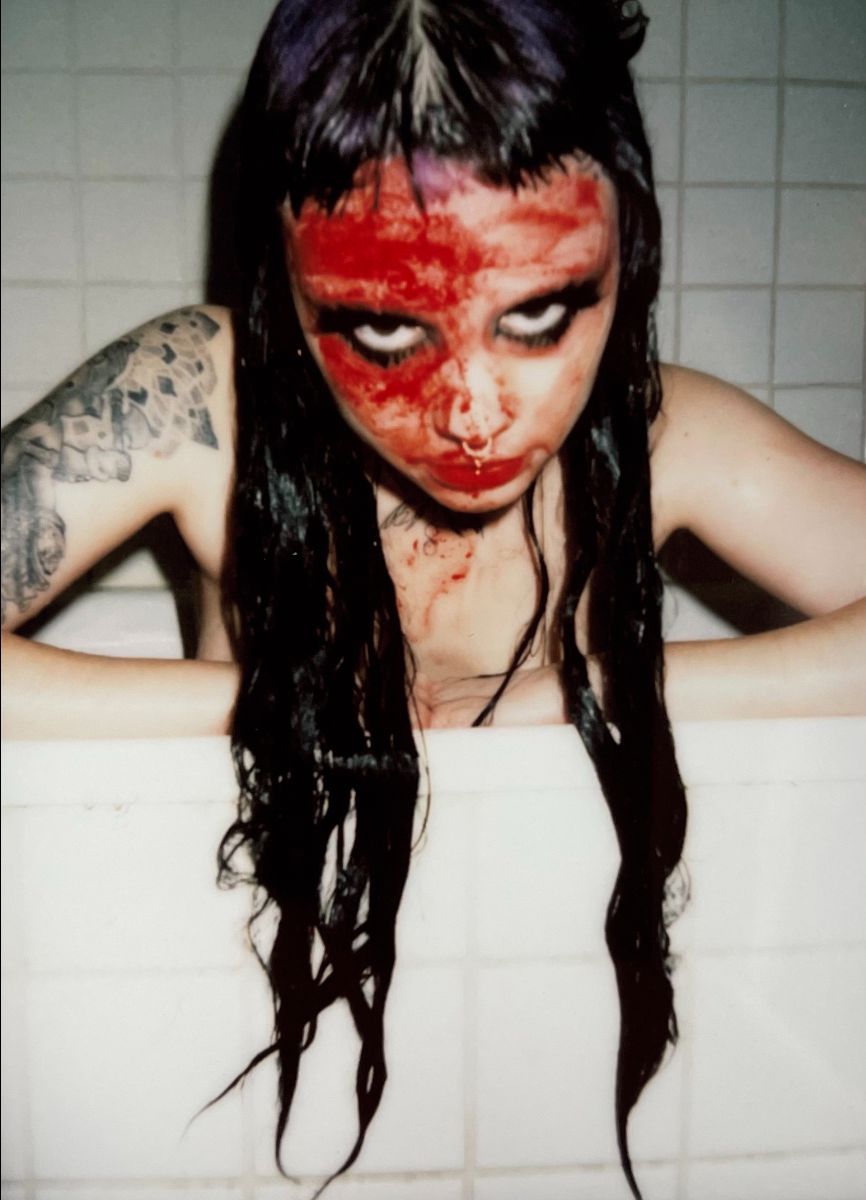 Premiering on Revolver Magazine, Zheani today shares the visceral and highly anticipated new single ‘Fuck the Hollywood Cult.’ Produced and engineered again by King Yosef and Mik Shida with additional production and mixing from Catherine Marks ‘Fuck The Hollywood Cult’ was lyrically inspired by more revelations of abuse within the music industry earlier this year. “Like moths to the flame the greatest beauties of our age are gathered to be used and degraded. Their fall monetised and forced into the minds of the next generation of victims. Stabbed like Christ up on the cross. Sacrificed to the profit/prophet of Hollywood. The cult grooms their next crop of whores and they’re rewarded with mountains of gold for a crime untold.”

Speaking of the inspiration Zheani said “These particular revelations came as no surprise to me, open secrets like this are abound in the culture but my lack of shock did nothing to quell the rage that boiled inside of me as ugly details were brought to light. Despite being completely and intentionally isolated up a mountain in the Australian rainforest, Hollywood’s tendrils had once again forced their way into my psyche unbidden. That feeling of force is at the crux of this song and music video. “Just a little girl, family wrecked by rock and roll”, my parents grew up with Hollywood’s ‘sex, drugs and rock n roll’ forced into their minds, perhaps without this outside subversion their lives could have looked very different. What could have been a rural paradise had been poisoned at its heart by an industry founded on abuse and exploitation. Perhaps if I didn’t watch Girls of the Playboy Mansion at 12, and have Narcissist rockstars presented to me as heroes, I myself would have been able to make better life decisions as a young woman… Perhaps. The ironic reality is that here I am with music being my only hope of creating a better future for myself and my family. This song is about channeling that corrosive energy and turning it back on whence it came. “Dishonour it brings men on horses four, this is the goddesses will, I bring the holy war”.

The accompanying music video directed by Mik Shida was shot and edited in Zheani’s Melbourne apartment during the ongoing Australian lockdown. It’s been widely documented that Melbourne’s lockdowns have been the longest and strictest in the world – Despite the circumstances and having to give up all of their initial concepts for the creative, Zheani and creative partner Mik Shida have still managed to maintain their artistic integrity – a testament to their endless creativity and independent drive.

“People who grew up like me don’t usually become musicians.” Growing up in Wallaville, Central Queensland – ZHEANI is an exception, an artist from the dirt that has managed to create a cult following for her music and art while remaining staunchly independent. “I’d rather be hated and debated than hold the truth back” her music is confrontationally real, loud and cathartic. Genre-bending and boundary pushing, ZHEANI sits ahead of the curve. With an output both prolific and unapologetic, her sonic evolution is heard across the span of her four EP’s EIGHT (2018), THE LINE CENSORED (2019), SATANIC PROSTITUTE (2019) and THE ZHEANISPARKES EP (2020) where she has abrasively smashes together elements of Trap Metal, Industrial Drum’n’ Bass and Gothic Electronica. ZHEANI sings, raps and howls on tracks like ‘Skinwalker’, ‘Fear Is The Mind Killer’ and ‘Whore Of Babylon’. On the opposite end of the spectrum, ZHEANI’s fan coined genre “Fairy Trap” weaves a fairy ring surrounding the harsh darkness with the uniquely softer Hyper Pop and Melodic Trap moments like ‘Lulu’, ‘Lava’ and ‘Yippy Ky Yay’. ZHEANI is an artist who screams out her demons giving voice to the broken and forgotten. “She who makes a beast of herself gets rid of the pain of being a woman.” ZHEANI has arrived to claim what she has created.

FRANK CARTER & THE RATTLESNAKES il nuovo singolo Off With His Head