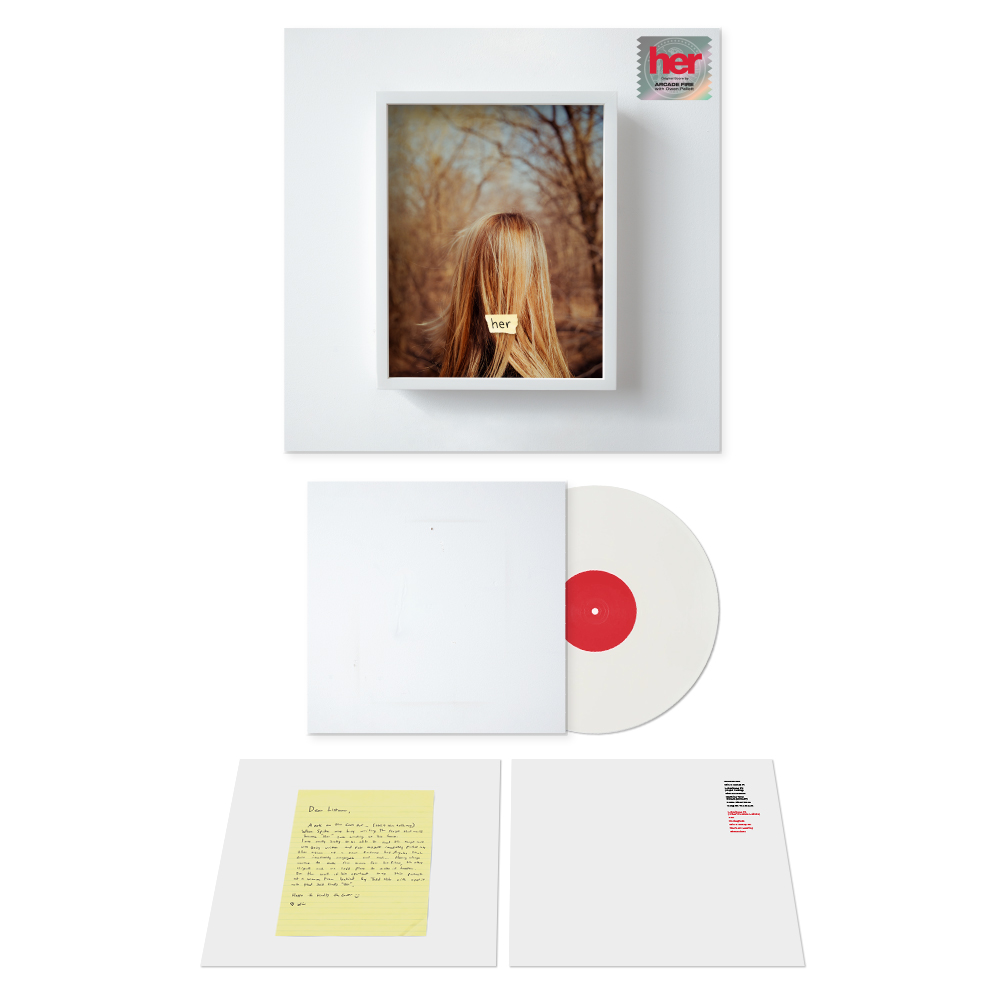 NEW YORK, NY (February 10) – Milan Records today announces the first-ever release of the ORIGINAL SCORE to director Spike Jonze’s 2013 hit film HER by ARCADE FIRE and OWEN PALLETT.  Available to stream and in vinyl and cassette formats beginning March 19, the album features music composed by the GRAMMY® Award-winning band and their longtime collaborator Owen Pallett for the Academy Award®- and Golden Globe® Award-winning film starring Joaquin Phoenix and Scarlett Johansson.  The score’s release arrives nearly eight years since the film’s debut in 2013, upon which the lush, piano-driven music incited widespread critical acclaim and a nomination for “Best Original Score” at the 2014 Academy Awards®.

Of the soundtrack’s release, ARCADE FIRE’s WIN BUTLER says, “It was an honor to be asked by our friend Spike Jonze to work on the Her score.  There is a mysterious alchemy in the way sound and picture work together, notes and moods shifting and reacting to one another like a kaleidoscope… And even in the absence of visuals, the emotional landscape still remains.  We hope you have a moment of stillness to get lost in the music as we did writing and recording it.”

“The band had been talking about this ongoing soundtrack project with Spike for about a year before they asked me tocome in to help wrap things up,” adds OWEN PALLETT. “It seemed as if the soundtrack had originally planned to connect with the sci-fi aspects of the story, but Spike was urging a shift toward the score emphasizing the romantic element.”