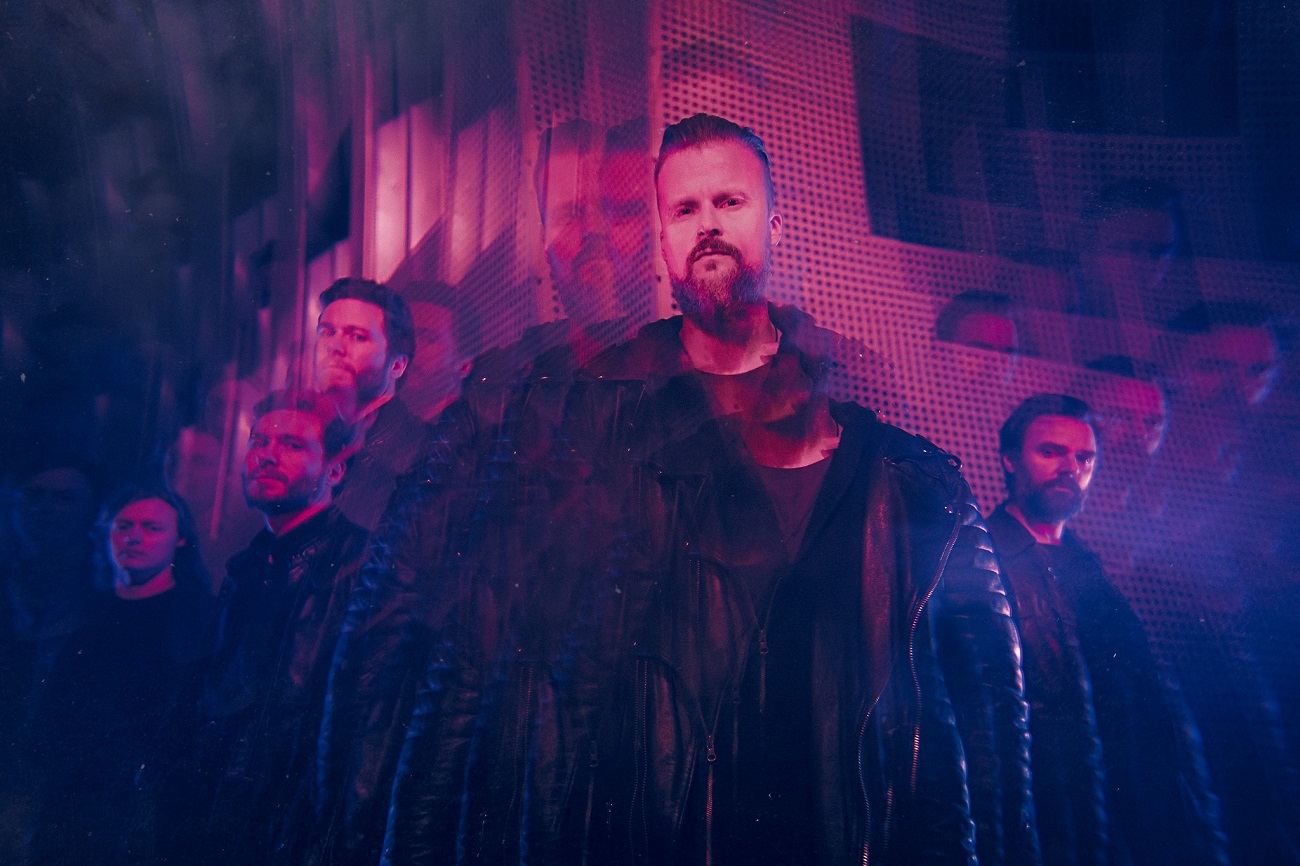 I had the pleasure of interviewing Lars Are Nedland, member of the norwegian black / viking metal band Borknagar and of the norwegian avantgarde metal band Solefald. Here we talked about “Anti”, the debut album of his new musical project White Void, an interesting mix of hard rock and new wave. The album will be released on March 12 on the Nuclear Blast label.

Hi Lars, welcome to the pages of Tuttorock, how are you doing in general?

I’m good, thanks. Working from home because of the pandemic, but that’s the same for all of us, I guess.

Tell me a little about your new creation, White Void, a band that combines 70’s hard rock with 80’s new wave. When and why did you decide to form this project?

Well, I started writing some songs based on seventies hard rock and eighties new wave all the way back in 2017, and it dawned on me that this was something different from Borknagar and Solefald, so I wrote more songs with the intention of forming a new band to follow this new expression. After having written the full album, I started looking for musicians to complete the lineup.

White Void, why this name?

I have been interested in philosophy my entire adult life, and especially the directions of absurdism, existentialism and nihilism. Both White Void as a band and “Anti” as an album is heavily inspired by the absurdism of Albert Camus, which has a fascinating take on existence and how to relate to it: According to Camus, life is irrational and without reason, so we’re bound to ask questions: Who am I? What is my purpose? How do I handle the difference between what I need and what the world serves me? This is what I call the “white void of existence”. “Anti” relates to this in a stream of consciousness fashion, commenting on, reacting to and trailing the tracks of Albert Camus´ “The Myth of Sisyphus”.

I know that the other members of the band come from various musical worlds, who are they and how did you meet them?

The guitarist, Eivind, has a background in blues rock, pop and electronic music. He is an old friend of mine and was the first one to be recruited into the band to twist the guitar riffs into a more bluesy seventies approach. Our drummer Tobias comes from jazz and fusion and has played everything from prog to black metal. His progressive drumming has been essential to the band. Through Tobias we met Vegard, our excellent bass player, who has a background in electronic music. He really added a new depth and groove to our sound.

Let’s talk a little about your debut album, Anti. Listening to it the first time I found myself in front of something I had never heard before, after five or six times I loved it. Have you written both music and lyrics?

Yes, I write all music and all lyrics for White Void. The two main inspirations musically speaking is the occult rock of the seventies and the new wave of the eighties. I wanted to try and merge these styles and create an expression that stood on the shoulders of these styles without being a simple retro outfit. I wanted a mixture of drive and atmosphere, a blend of the best that old and new has to offer: We like to think of ourselves as a band who draws inspiration from the past without getting stuck in it.

What does “Anti” mean to you?

Anti is an interesting word. It’s a prefix, so it doesn’t really obtain any meaning until it is combined with a different word. That means it can be both a positive and a negative, and it’s up to the listener to fill it with meaning. It takes a stance against something, but what is it against? Well, that’s up to you to decide.

Is the album cover idea yours too?

Yes, I wanted something that mirrored the conceptual side of the album, and this image fit the bill perfectly. It’s an oil painting called “Adrift” by New Zealand artist Jeremy Geddes. I’ve been a fan of his art for years, so I was really stoked when we got permission to use it.

My favorite song is “The Fucking Violence of Love”, which do you consider the most representative of the album?

“Anti” was written as an album, so all the songs are connected. It’s hard to say if a single song capsules the entire attitude of the album, but TFVOL contains a lot of the elements that makes White Void what it is: Drive, atmosphere, hooks and a sense of melody.

In your career you have played drums in Carpathian Forest, piano and keyboards in Borknagar and Solefald, then you sang in various bands before White Void, on stage do you feel more comfortable with the microphone or when you play an instrument?

Well, there’s more room for variation with a microphone, so I think that is my favourite way of expressing my musicality. That said I really enjoy instrumentation as well, so it’s kind of hard to choose.

Listening to your musical productions I deduce that you are a listener of many types of music, is that so?

Yes, I listen to a lot of different music. Black, pop, prog, electronic, classical, jazz and so on. The main musical inspirations for White Void, though, are occult rock bands like Coven and Blue Öyster Cult, New Wave bands like New Model Army and Duran Duran as well as progressive outfits like King Crimson and Gentle Giant.

I know you also work for a Norwegian TV, how is that part of your career going?

I’m not in TV anymore, I changed lanes and went into advertising a few years ago, so I’m now making commercials and working strategy for brands and organizations.

Now that live shows have stopped, what are your future musical projects?

The plan for White Void right now is promoting the album as best we can. I’m sure there will be live shows at some point, but when we’ll play live is more of an open question as the corona virus is still in effect all over the world. I guess this situation makes us turn our attention to creating music more than performing it.

Thank you very much for your time, do you want to add something and greet the readers of the interview?

Thank you so much for listening to our music and for taking the time to help us tell people about it. Hope to see you on tour.