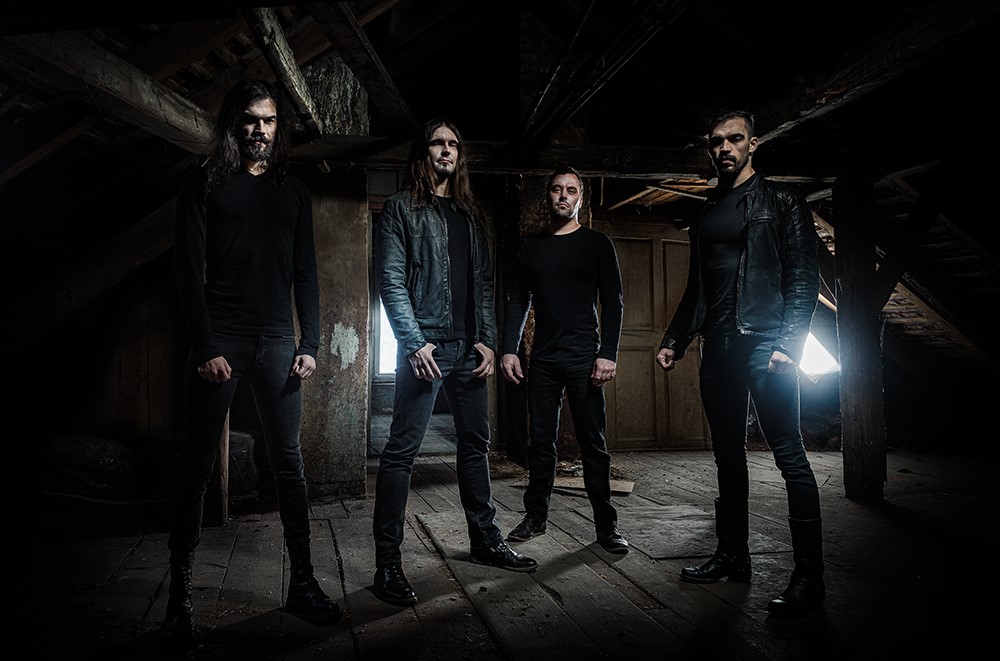 On the occasion of the release, scheduled for October 29 on the Napalm Records label, of “A Dying Wish”, the new album of his black death metal project Thulcandra, I had the pleasure of interviewing the producer, musician and singer Steffen Kummerer, also mastermind of the German death metal band Obscura.

Hi Steffen, welcome back to Tuttorock, we met almost two years ago for an interview about Obscura, in this time many things have happened, how did you face the most difficult period of the pandemic?

Ciao, in the meantime we have been on tour with Obscura and Thulcandra until early 2020, we recorded and produced two new albums and started to film multiple music videos for both bands. While we are not able to play live shows, we shift towards different channels and stay productive in every possible way. As musician or band, we can switch between different fields. Friends working as concert promoters, technicians or owning venues have a way more difficult time than us.

Let’s talk a bit about this new Thulcandra album, “A Dying Wish”, I listened to it and as I already told you I find it beautiful. When did you write the songs?

Within a period of three years, we collected ideas, riffs sketches of songs to start assembling and arranging all songs around 2021. Some ideas from 2018 turned out valuable enough to be used on the new album, some turned out to be not fitting. We worked as a collective and arranged and wrote the album in a band context. The broad palette of influences of each member helped to gain a wide diversity of sounds, moods and paces throughout the entire album.

When you compose a song do you start from a riff, from a melodic line, from a theme or does it depend on the cases?

Each song differs from each other, and the best ideas have a rather spontaneous basis, while the full arrangements might take longer and will be changes multiple times before we enter a studio. I try to get the best out of both worlds, on the one hand a melody, riff or certain part that came together naturally on the other hand each song has been noted in sheet music and will be preproduced to the very end in each and every detail.

Where do you get the inspiration for the lyrics?

“A Dying Wish” has been influenced mostly by the fact of lost friends, family members and musicians I had the honor to work with in the past tow, three years. Especially our close friend and band member Christian Kratzer who passed away in 2020 has been a significant piece of the lyrical conception. The album is not a concept album, each song has a connection to the album title.

Both bands live in a different galaxy and work entirely different. The musical direction might be one part of many. Although I collect ideas every now and then, writing an album has to be finished within a certain period where I focus only on this particular task. It would not be possible to write two songs for the one artist and switch over to another production in between. If the mindset has a certain vibe, I go front to end until the record is finished. Each album shows a glimpse of time, a snapshot of the band in this particular period and therefore it would make more sense to take the essence of this piece of time and collect everything at once.

Listening to “A Dying Wish” for the first time, were you satisfied with the product you created?

The music gained more diversity and the production turned out stellar. For the first time we collaborated with Swedish legend Dan Swanö, he worked with Opeth, Bloodbath, Katatonia and many more in the past. We looked for a “pure” production, with all characteristics of each instrument and musician. We have been looking for a raw sound, not polished, not edited to the core. You hear a real band, a honest production and four musicians on fire on “A Dying Wish”.

Who made the album cover?

The artwork was created by Herbert Lochner, an artist based in Germany who has been active for decades already. He painted the cover with oil on canvas to create a cover that connects with the band’s history and previous artworks. Herbert even sent us the original painting which received a proper frame and has been placed in my appartement by now.

Where did you shoot the videos of “Funeral Pyre” and “Nocturnal Heresy”?

Both video clips have been produced in our hometown, Landshut Germany. Another music video for the title track will be produced during November, so watch out for more visuals in the next weeks before the album will be published worldwide.

After some changes do Thulcandra have a stable line-up today?

We work together for years and performed live multiple times with the lineup we assembled yet. Life changes every now and then, but the vibe is fantastic, and we enjoy the time rehearsing, writing, and performing live all together. We might recruit a new bass player in the future as we have not replaced Christian Kratzer at this time and receive help of Carsten Schorn of Nailed to Obscurity for now.

Listening to your compositions I guess you spend many hours on the guitar every day, but what does Steffen Kummerer like to do when he doesn’t think about music?

If I am not working on or with music, I stay in Italy a lot of time every year and enjoy life in Trento, Rome and Messina.

Tell me about the tour, will you play in Italy too?

Since the ongoing insecure travel restrictions, we are forced to perform in Germany and Austria, only. As soon as we are able to perform in Europe, we would consider shows in Italy of course. We gained a lot of response and positive feedback from Italy, and it would be a pleasure coming back after our last show in Milano in March 2020.

You produce a lot of music, what are your next projects?

Both bands release new albums in October and November, so we hope to come back on the road to tour worldwide again. We spend more time on the road than in studios and hope the world might opening again soon. Aside the music, we work on more video projects that are quite exciting.

Thank you very much for the support since many years and hope to see all of you soon again.