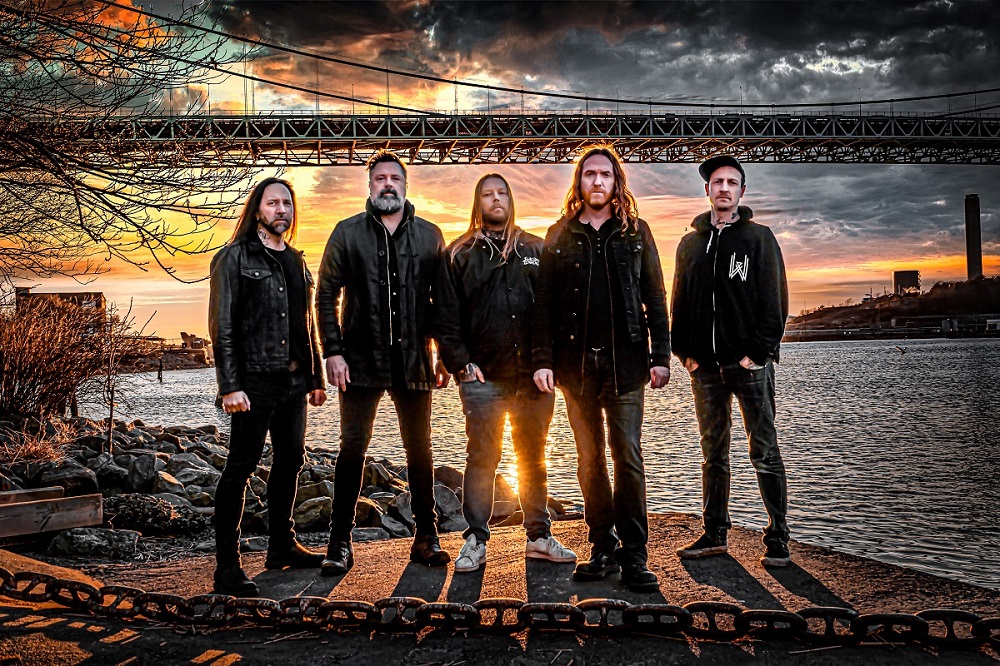 I had the pleasure of interviewing Peter Iwers, former bassist of In Flames who, together with four other past members of the Swedish melodic death metal band formed The Halo Effect, which present the debut album “Days Of The Lost” (Nuclear Blast).

Hi Peter, welcome to Tuttorock, how are you in general?

Hi Marco! I’m great, I’m doing fantastic. I’m actually sitting on my patio at home, I just did some barbecue with the kids and having a beer. The temperature is nice, which is very rare for Gothenburg.

Tell me a little about this new project that sees members from various In Flames line ups, when did you decide to give life to The Halo Effect?

About two and a half years ago, Niclas called me and told me he had an idea, to start a new band, so he and I met Daniel. I have a company with Daniel, we produce beer. We were at the brewery and Nick came out and we sat down and talked about the possibility of doing something together and also talking to Michael. Michael left Russia as a close friend, he wanted to be part of the project and, as it turned out, he and Niclas had already talked about it too. Then we asked Jesper if he wanted to be a part of it, because we are all good friends. We’ve been playing together for so many years, we’ve known each other for so long, to be able to do it again together would have been truly spectacular. And so we started listening to some ideas that Niclas had and then we created new songs and it felt natural to write together and make music. We were thinking about what it would sound like or what it would be like to just do something very relaxing, so we started. We were almost ready to go out and inform the world about the new band, then the pandemic came and everything was shut down. So we used this time to keep writing music and take our sweet time. I intend to record demos, record the album, go back to the studio and touch up some things, we took our time. And when the pandemic finally started to seem over, we could actually start talking about the publication.

Listening to the record I heard the typical Gothenburg sound transported to the present day, a wonderful feeling, did you also have the same feeling listening to it?

How have your songs been received in the shows you have done so far?

We only done one show and it was amazing. First of all, being on stage with my good friends again and doing this together, getting the opportunity to play on a big stage at a big festival without even having released the whole album, I can’t even begin to describe how grateful we all are. It seems like people really like it and I’m very happy about that because we like it, you know, we made music that we want to listen to ourselves. Niclas is kind of like the musical master in this band, he wrote a lot of ideas, and then he came to all of us individually, he is a genius. I showed him my ideas and Daniel and Jesper showed their ones. Niclas is really good in how he gets ideas out of people and creating putting them into songs. This really feels like a 100% group effort, even though Niclas is obviously the mastermind behind it.

So all the ten songs came from Niclas ideas?

No, not necessarily but he helped to bring out ideas of everybody. For instance, if I had an idea, he could listen to it and we put it into some other riffs or into a song and we made a song out of it. A lot of ideas came from Daniel, he talked to him and then they made songs out of it. We came in the studio and we wrote some stuff and then Niclas just added some stuff that Mikael had. So everybody contributed. I’d say that Niclas is definitely the spider in the web, so to speak.

4 videos have already been released, will another be released before the album release?

There would be one more song to release before the album, the record company has a plan for that, I’m not exactly sure when.

And about the artwork of the album what can you say?

Adrian Baxter, Mikael is a fan of his painting, his covers, he got in touch with him and here are the results. I think it’s really cool. He’s also done individual covers for every single we’ve released, so he’s a really talented artist.

You left In Flames in 2016, is it a choice you regret or would you do it again?

I don’t know. I had a fantastic time with In Flames for 20 years but when it was time to leave, I felt this was the right decision to do. So I don’t regret. I loved every moment I was in that band but when I decided to leave, it was time to leave. I always loved being on stage and I always loved playing music, but I just decided that it was time for me to move on and obviously I was sad to not be able to meet all the fans anymore and not be able to play the shows anymore but the decision to leave was necessary for me and for my well-being. But now I’m happy to be back playing music again.

Will you play here in Italy?

Yeah, I think we will. I haven’t looked at the schedule, but yeah, we’re doing this tour with Machine Head and it will come to Italy, I’m quite sure. I love Italy, I haven’t been able to go for three years, but I will definitely come back regardless. I’ve been a lot of times in Tuscany of a lot of times and I really love it there. I’m opening the schedule, looks like we’d be there on the 4th of October.

What kind of shows should Italian fans expect?

I think we are the opening band, we can’t do too much. We will have a really nice stage set up, you can expect a lot of happiness. You know, we will be on stage together again, this made me smile throughout the whole show of Sweden Rock and thinking about coming to Italy again, which is a country that I really love, is amazing and hopefully we will be able to share our love for the music with you guys. 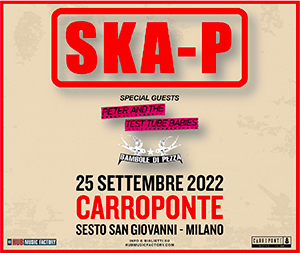 RESPECT! The Soul Of Aretha