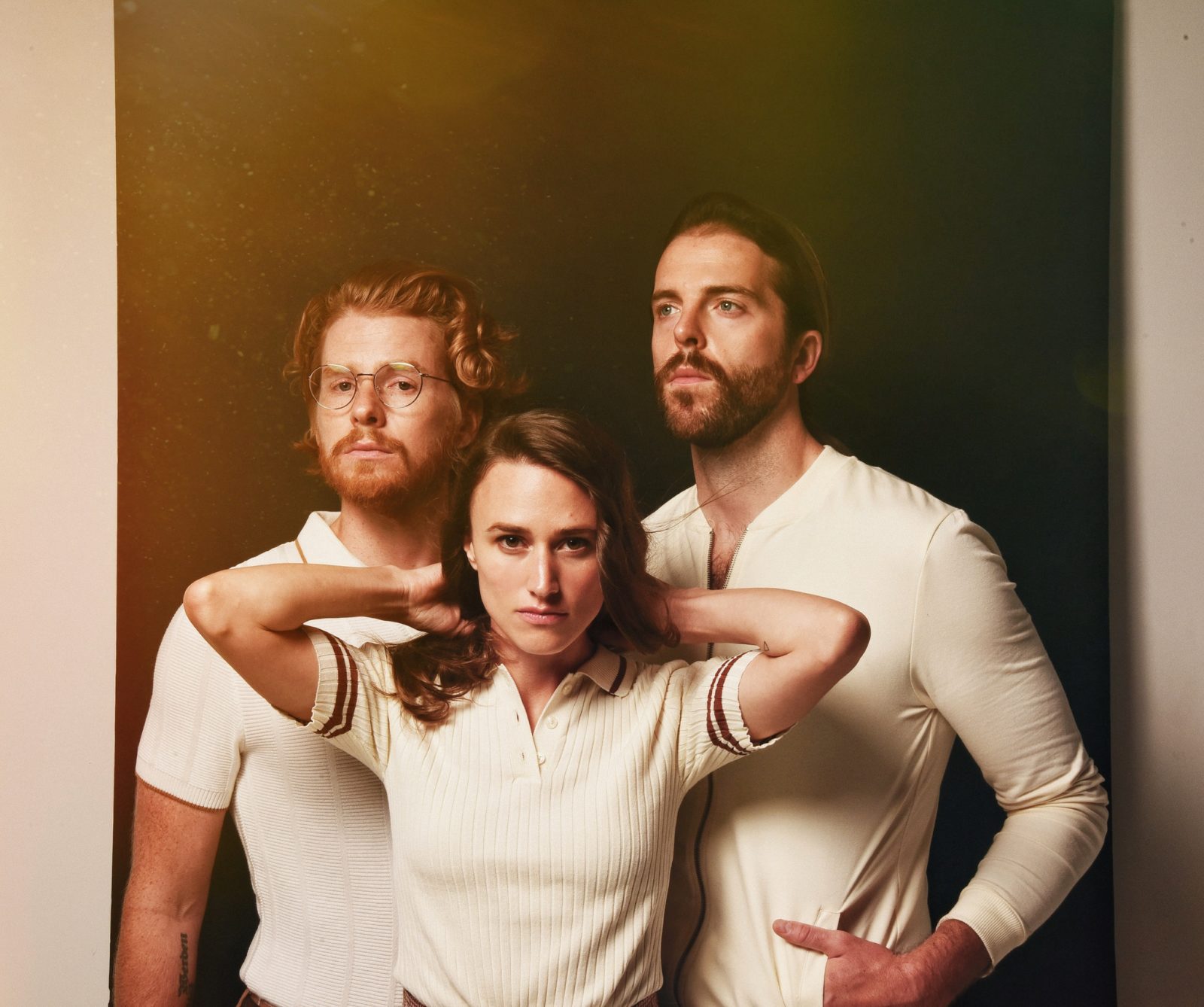 On the occasion of the new studio album “Unlovely”, that will be released on February 14th under Nettwerk Records label, I interviewed Calin “Callie” Peters, the singer, bassist and cellist of the American trio “The Ballroom Thieves”.

Hi Callie, welcome on the pages of Tuttorock, I want to compliment you on your beautiful third studio album “Unlovely”, which will be released on Valentine’s day, is it a deliberate choice?

Thank you for the nice words! Our Valentine’s Day release wasn’t deliberate, but now that I really think about it, it’s pretty ominous to release something called Unlovely on a love holiday.

And speaking of the title, “Unlovely”, what do you tell me?

I think humans are amazing. We’ve got these incredible brains that can adapt, problem solve, and learn to love. We’ve figured out who we are, when we are, and we tirelessly wonder why we are. Our capacity for knowledge comes with the risk of major malfunction, and I believe mental illness and the complete lack of care for our minds will be our demise. We don’t have a great history of loving ourselves, and even in our current world, with all the access to understanding the human brain, plus our new found ability to connect across the globe in an instant, we choose to stay in the dark. I think we could progress at a much faster rate, begin accepting ourselves and thus our fellow humans, and save the planet, but it seems like we probably won’t. It’s all very unlovely to me.

How was the songwriting process for this album?

Martin and I enjoy different aspects of writing, so we decided to combine our efforts. Martin has an incredible ability to puzzle together clever lines into a complete song, seemingly without effort. I’ve listened to him murmur through an idea while driving, not record or write anything down, and arrive to the destination with a complete set memorized lyrics. While I enjoy the challenge of lyric writing, I really love composing and arranging. I spend a lot of time on note by note details and song structure. I also found a weird new love in writing silly hooks while working on Unlovely.

Writing isn’t something either of us want to feel strenuous or calculated, but in order to have enough thieves songs we have to find the balance and not just wait for the feeling to strike. Some days we aim to write, but instead we mope around and smoke weed. Some nights we aim to sleep but we’re in the mood to create instead. Writing with the most ease happens at the most inconvenient times. We agree on the theory that as soon as a writing session becomes laborious instead of effortless, we stop for a while.

Last spring I booked a little Maine cottage called The Lincolnville Motel for Martin’s birthday. We ate lobster, watched at a big open field sway in front of the ocean, and wrote our first fully joint effort song, For Hitchens, which is a lullaby to our eventual baby. Then Martin had epic food poisoning all night, and I now connect our baby song with up-chucked birthday lobster. It’s a nice reminder to not take ourselves too seriously.

At the risk of rambling, it’s in the studio when the songs really come alive. Everyone works so hard to realize each layer, and it’s one of the most magical things to hear out loud what you could only imagine before.

You talk a lot about current events, and what’s wrong with the world, is this historical period really so bad?

It’s true, so many of these songs are about navigating our current world. I think being in our 30s has ushered in a lot of realizations about how to view our short lives. It’s hard to be a human, even when it’s going smoothly, which for most people, it never is.It’s not so much that this historical period is worse than any other, it’s that we’ve done the work to see what’s wrong and there are bullies in the way of fixing it.

Can music still move people’s consciousness and make the world we live a little better?

I think we all crave to be seen and understood, and when music speaks to someone’s inner voice it might make them feel like they’re not alone. If we all felt a little less lonely, we might hurt each other less, and be kinder towards those we disagree with. I think music can connect people, and having a crew of weirdos to call your family is important, especially for those who believe they’re outcasts, as they tend to hurt others out of their own personal shame.

My favorite song is “Begin Again”, in my opinion it could look great on the soundtrack of a film noir or an espionage film, maybe in a James Bond episode. Do you agree with me?

I do now! There was a rumor that the next Bond would be a woman. I think the wrath of the song could be a good match for a new kind of 007. Maybe you and I should discuss music videos at some point…

For those who don’t know you yet, can you tell me a bit about your musical background and which artists have influenced your career the most?

Martin began writing songs with guitar when he was a teenager, and we all played in various bands when we were young. I started playing cello when I was 10, and filled my life with mostly music and not many friends. Both Martin and I played drums in our schools’ orchestras and pep bands, and Dev played tuba. I wish I could say if we had gone to high school together we could have gotten the band together sooner, and had tuba in it, but the three of us definitely would have been enemies. We’ve been playing together as a band for a lot of years now, and thousands of artists have influenced the way our music sounds, but some of the most important ones are Fleetwood Mac, Tom Petty, Paul Simon, Freddy Mercury, Astrud Gilberto, and of course Willie Nelson.

Are you satisfied with how your musical career has gone so far?

We feel grateful and lucky that we’re able to make a living doing music, but I don’t think any of us are fully satisfied. We have clear goals, and sometimes during the slow trek on our path we can’t help but become nervous it might never get to the next level. I guess you could say we’re hoping we get that big promotion at work.

Tell me a little about the tour, will you also come to Europe and maybe also to Italy?

I’ve been unofficially calling this tour Mosh for Unlovely, because the idea of a mosh pit at one of our shows tickles me. The Mosh for Unlovely tour will take us from the west coast to the east coast with a stop in our home cities, Boston and Portland Maine, as well as a few stops in the Midwest, but will sadly not bring us to Italy quite yet. We played our first show in London last month, and I think our long awaited trip to visit you in Europe is just around the corner!

How will you present the songs on stage? Will you expand the band?

We have a couple of new gadgets that allow us to add details to many of our new and old songs, and we’re so happy to be playing shows with our new stage mate, Ariel Bernstein, who plays guitar, keys, and percussion with us. We had a great time working with our producer and engineer, Jerry Streeter, to create the soundscape of each song on Unlovely, and besides some fresh dance moves, we want to bring those new sounds to the stage.

Thank you very much for your time, do you want to say something to the readers of this interview?

Thank you for these great questions! I hope we can meet in Italy someday soon. To the readers, thank you for reading about us, and I hope you find something you like in our music. Ciao!

JOSHUA RADIN – The ghost and the wall