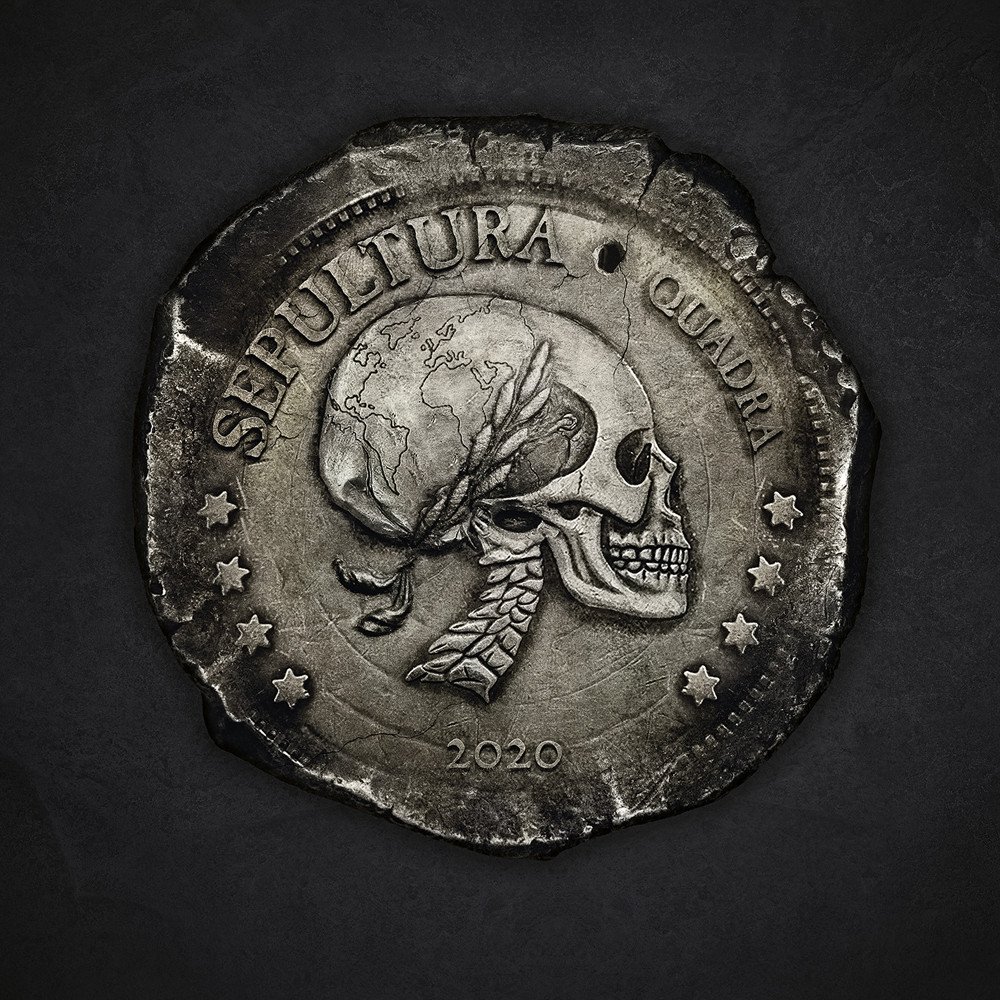 On the occasion of the release of the new album “Quadra”, scheduled for next February 7th, I had the pleasure of having a chat with the Sepultura singer Derrick Green.

Hi Derrick, welcome on the pages of Tuttorock, it’s a great pleasure for me to interview you, first of all, how are you in general?

Hi man, well, I’m great, thanx, I’m very excited and I will looking forward to the release of our new album Quadra, I’m doing a lot of interview talking about the album and I had a lot of really good feedback about it so far.

I found the new album very powerful and very fresh, how were the songs born?

Andreas Kisser, our guitarist, and Eloy Casagrande, our drummer, were writing the songs and I was receiving them, because they live in Brasil and I live in Los Angeles, so I put my ideas with the music and we got together the demos for the producer. The process took some months to write everything, we had many time for preparing the album and this made the writing process much easiet. We went to the studio in Sweden well prepared for creating the album.

Did you write the lyrics?

Yes, I wrote all the lyrics.

Please can you tell me a little bit about the meaning of the title Quadra?

Quadra is Portuguese, it means plane field, where game is played. It means also a place where you have a bye bye. Each person was born in a personal Quadra. Quadra are different places of the world, so our idea of Quadra was that we wanted to write about living inside your own field, your own part of the world where you respect the people that come from other areas.

And what about the cover of the album? I see a coin with a skull of a senator on which a map of the world is drawn.

You joined the band more than twenty years ago and now you recorded the ninth studio album with Sepultura. Are you happy with how things have gone so far?

At the beginning the fans were a little skeptical about the change of the Sepultura singer but then, thanks to your skills and your attitude you made everyone change their mind, what did you think when they proposed to replace Max Cavalera?

Not everyone (He laughs, Editor’s note). It was always very difficult, but everything became more easy thanks to the Sepultura guys, they helped me a lot. People respect us because they see that we love what we do. I was shocked but i didn’t loose the opportunity to show my personality in a great band like Sepultura, that was my own goal. I’ve been very fortunate, we became friends like brothers and it’s been an incredible journey.

How do you feel when you get onstage in front of thousands of people?

It is fantastic to have connection with fans and i feel incredible everytime I am onstage. It is the ultimate feeling, each time is different but there is always a great energy. I’m very grateful for this.

Many bands, like Slipknot, Korn, Hatebreed, mentions Sepultura as a band that influenced their sound, are you happy for this?

Oh, I’m honored. I love all this guys of the bands you mentioned, they are great musicians and great artists, it’s great to hear this. I think it is fantastic that bands like them are influenced by us.

Is there any band today that you particulary like?

Yes, i like very much Jinjer, an Ukrainan metal band, they are fantastic, definitively one of my favourite live band.

In an old interview you said that your religion is our planet, that men are destroyng, do you think that something can be done to stop this destruction or is it too late?

Oh, i don’t think it is too late but we need people that want to change things and we have to continue in the same way. People are in front of the reality of the situation of this planet, people have to change their mentality.

You were born in the USA, you lived for twenty years in Brasil, where is it better to live?

Both places are incredible for me. Well, it was great to live in Brasil. The time i was living there has been definitevly better that the time I lived in USA. Brasil is my second home but the opportunities in USA are more than there, I was born in the USA, i love so many things about it that i more appreciated when I was away from there and now my choice is America.

I know that last October you were in Milan for a Masterclass, how was that experience?

It was great! It was a great experience, I told a lot of travelling, of Sepultura, how writing lyrics and songs. I answered to many questions even if the English of many people was not so good. I had a great time and I hope I was helpful for them!

Can you tell me a little bit about the European tour? Will you also come to Italy?

We will play in some European summer festivals and at the end of the year, in november or december, we will play as headliner, in Italy too!

Thank you very much for this interview, do you want to say something to your italian fans?

Thank you Marco! Please check out and pick up our new album Quadra by Sepultura coming out next February, 7th!