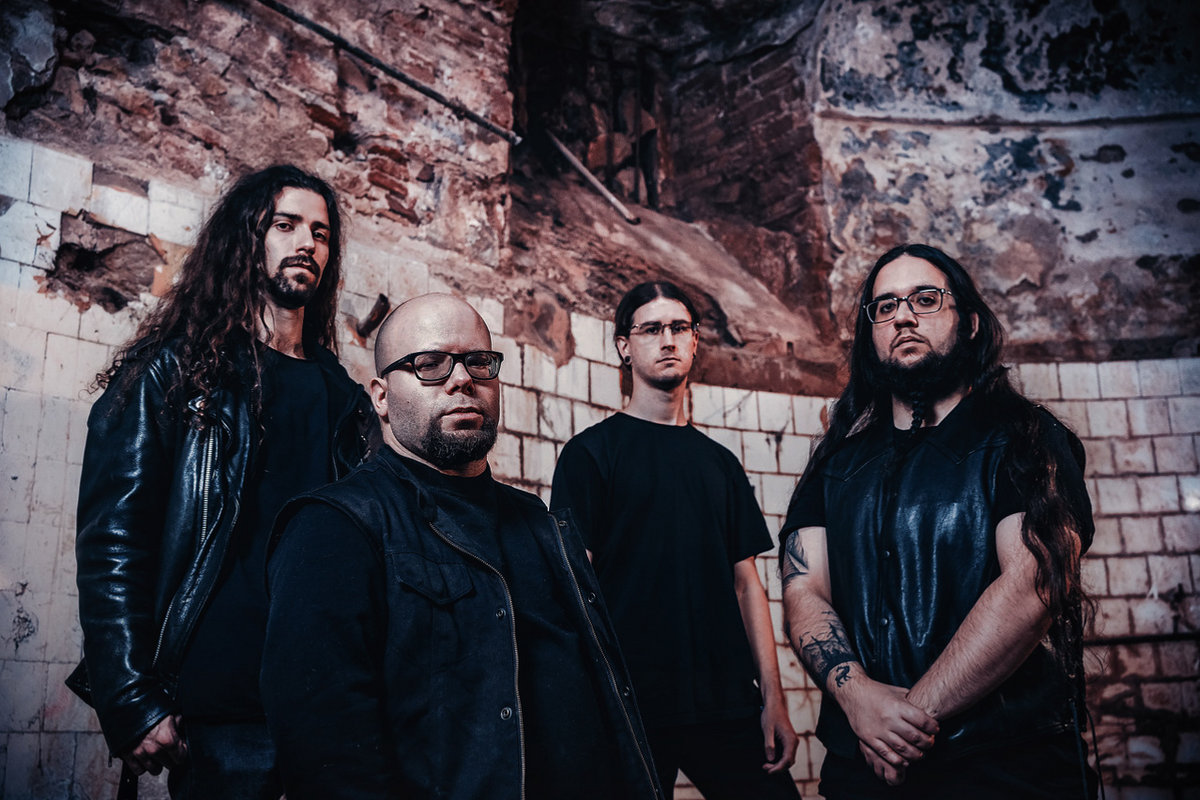 On the occasion of the release of the new album “Portraits”, scheduled for Friday 26 March on Non Serviam Records label, I had the pleasure of interviewing Albert, singer and bassist of the Spanish atmospheric black metal band Perennial Isolation, founded in 2012.

Hi Albert, first of all, welcome to the pages of Tuttorock, how are you doing?

Greetings, Marco. Nice to talk to you. We are very well, tired of all this pandemic situation but with very high morale. Very happy with the release of the album and the response of the audience regarding the new single, in addition to all the work done so far by Non Serviam Records. We are living very exciting times!

Speaking about your new album “Portraits”, I listened to it and I really liked the atmosphere inside the songs. Where did you find the inspiration to create those melancholy melodies?

Throughout the autumn and winter season. My inspiration is “on fire” during this time. I adore the atmosphere that is breathed, the lying nature, those first sensations of silent cold, and how the darkness of the days soon advances. It is all amazing and magical. Absolutely dynamic. All this inspires us a lot and curiously the last 3 albums have been written at this time. Fall gives us many ideas and many stories to tell.

I enjoyed the whole album but my favorite tracks are “Unceasing Sorrows from The Vastness’ Scion” and the final “Emanations from The Swallowed Twilight”, you have chosen as first single the song “Autumn Legacy Underlying the Cold’s Caress “, do you consider it the most representative of the album?

Thank you very much for your words and we are happy to hear that you enjoyed the album as much as we did when creating it. The choice was not easy at all, because there are certainly many songs that could be representative, but when you present a new single you are looking to bang your fists on the table and “Autumn Legacy Underlying the Cold’s Caress” is a total declaration of intent. It is a forceful, direct, uncompromising song that gives a clear vision of what the album is about. So thematically we wanted to firstly convey that autumn was going to be the key point of this album.

How were the songs born? Did you start with the lyrics or the melodies first?

Well, our way of working and what I, as a vocalist, need in order to be more precise is to always start with the melodic and instrumental lines. I don’t like to write the lyrics before because I need to nourish myself with all the essence of guitars, drums and settings. I understand that there are vocalists who prefer it the other way round, but you know that taste is not something that can be argued over. I. began composing guitars in January 2019 and making first recordings. Throughout the year he and M. continued to add guitar tracks and settings, and in our studio, V. started with drums and I with bass. Everything is a joint work equally divided. Once all the instrumental part is created, I spend a lot of time listening to the demos, at all hours, I don’t listen to more music than that. I go to the mountain, to walk, to feel the strength of Mother Earth, I take notes, I contemplate. And finally, I start to develop all the lyrics. It is a long process, but I love going through it on each album.

Who created the album cover?

In this occasion, we wanted to get away from the photographic concept or layered digital montage and look for something more organic. We wanted to go for a canvas and the artist behind the cover of ‘Portraits’ is Mark Thompson. I have known Mark for years and he has some magnificent paintings. We wanted to use one of his paintings and he was just in the middle of creating one. We loved it. It symbolizes what the band’s name really means; the eternal isolation (curious metaphor with current reality, right?). It is the ‘you’, loneliness, nature and nothingness. All in one. Let’s say this album is like a self-tribute for our 8 years of unstoppable career.

You come from Spain but, if one doesn’t know, you could come from Scandinavia. Do the bands you listen to most come from there?

It is not the first time that we are asked if we are from Sweden or Norway (he laughs – Editor’s note). They are surprised afterwards to learn that we are from Barcelona. Well, I think that, remarkably, all of our influence comes from Scandinavian Black Metal. The bands there created and continue to create something unique, and established a foundation that today is recognized by all metalheads. Anyway, it is not our only source of inspiration. We love all the work that great non-Scandinavian bands are doing, like Winterfylleth, Saor, Woods of Desolation, etc … And, of course, the whole Cascadian Black Metal current in the United States. Today there are huge and really good bands that have nothing to envy the Scandinavian currents.

By reading the lyrics and listening to the songs I see that you love winter and autumn, how do you experience the Spanish summers?

Summers here are horrible!! (he laughs – Editor’s note). They are not inspiring at all, like any other point in the Mediterranean Sea. It is terrifyingly hot, also linked to extremely high humidity. I think you could hardly be inspired to create a Black Metal album in this climate (he laughs – Editor’s note). It is so hot that we practically do not set foot in our private study. In fact, this year, and due to the confinement, we have worked at home very comfortably.

A question for those who don’t know you, when did you decide to form a band and who chose the name “Perennial Isolation”?

I honestly tell you that I never thought of putting together a band like Perennial Isolation. In 2012 I felt in a deep musical void. I was in various Black Metal bands and ended up getting out of them. They did not convince me, they seemed boring to me and I could not transmit anything. Black Metal is not about getting 4 people together and playing, this goes further, and emotions must be in the first place. So I proposed to form a new project, but I wanted it to be in the studio, with some sporadic concert, because I had already had old experiences forming projects that didn’t end up working well. It’s a tiring job. I got together with a guitarist and a drummer, and the music wrote itself. We simply wrote what the body and the mind asked of us, and we began to be appreciated within the local Extreme Metal circles in Spain. I look back and think about everything I’ve experienced since 2012 and I can’t believe it. We just signed with Non Serviam Records! I would never have imagined this. And well, the name, it’s just the same I mentioned earlier: I have always been a lover of nature and my independent life, the silence, the lonely moments of thinking only of myself. So Perennial Isolation was just the name for the music we were creating.

How is the black metal scene going there in Spain?

Very good question. Well, we really have a very strong Black Metal scene here and not just in the main cities. We have great bands that have also managed to place themselves on the international scene such as Foscor, Balmog, Marthyrium, Aversio Humanitatis, Noctem, Numen, Cauldron, Ouija,… But I also see that, for the most part, the bands have opted for local conformism; In other words, there are many one-man-bands, but also very little desire to expand. Many bands are satisfied with doing concerts here and not expanding their music any further. But on the other hand, I think that many bands are undervalued, they have very good material but they don’t have the strength to take their music to other places because of competitiveness. In short, many aspects come together that in my opinion cause that the scene doesn’t raise international interest.

Do you have any dreams about the music world or are you satisfied with how things have gone so far?

We are absolutely satisfied. We would never have imagined how far we have come. We had never contemplated this. But this is simply due to constant work, effort, and trust in our project and in our music. You must trust and defend your music to achieve goals. It’s fundamental.

What concert of “Perennial Isolation” do you remember most willingly?

Wow! It is a truly difficult question. We have put on shows that we really wanted to carry out. But to give you some examples, I can tell you that the whole tour with Drawn Into Descent and Atra Vetosus in April 2018 was incredible, especially in Paris, Oberhausen, Brno, Slovakia,… That was incredible! Also, many festivals, such as the Catalonia Extreme Winter in Barcelona in 2016 that was full of people, some shows in the North of Spain or the tour with Harakiri For The Sky. There are countless shows that we have experienced with a tremendous desire to show our music.

Speaking of concerts, given the static world situation, are you somehow thinking about a tour or are you waiting for the end of the pandemic?

Right now, everything we had scheduled is postponed to the end of this year or already to 2022. What is clear is that the desire to play again is unquestionable. Once the pandemic ends or the cultural activity is simply reactivated, we will begin to schedule concerts to spread the word about the new album. However, we are seriously considering offering official presentations via streaming. Many bands are going for it and current technologies allow it to be done easily and professionally. I think there is an important change in music and art, and to find something positive in this whole situation, streaming is going to play a fundamental role for bands from now on. If we have to reinvent ourselves in some way to take our music where we can in troubled times, we will. In fact, we are being very active on Twitch and Instagram, constantly doing live shows and videos.

Thank you, Marco, for this time. I hope you have a great year or at least better than the last. Support bands and labels, and be safe! 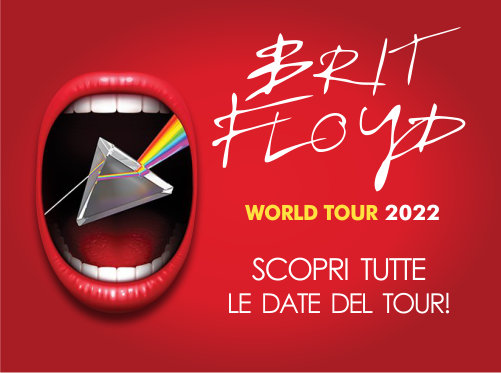