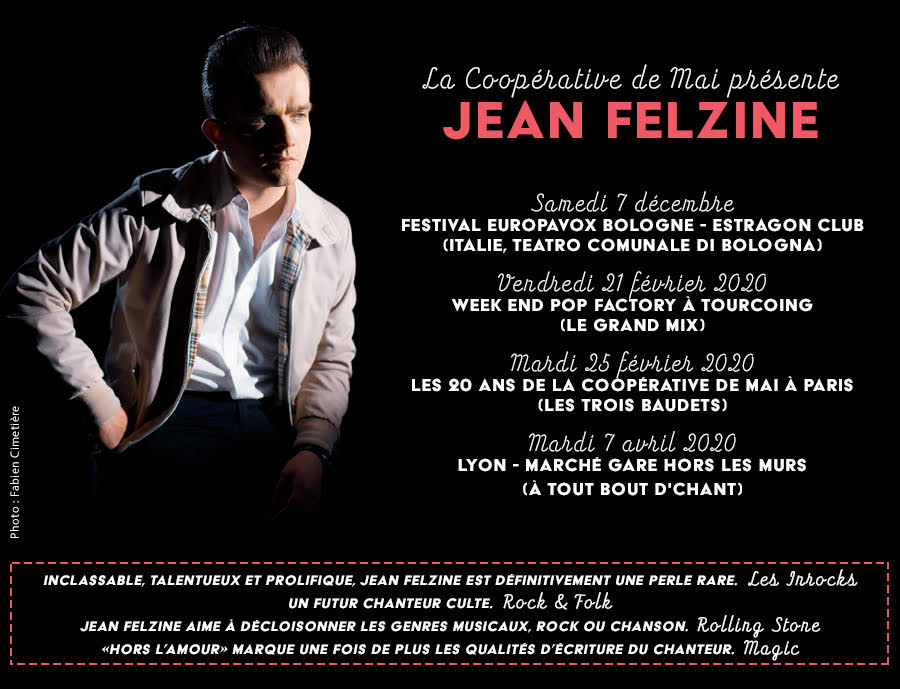 What were the first plays that led you to music?
The first band I’ve been listening to as a teenager was Nirvana (Cobain was dead for 10 years already at that time). Then I got obsessed with 50´s rock and roll, that why I keep that look, although I’m doing now music with lots of machines.

Which is your favorite instrument?
I play mostly electric guitar and keyboards, but I’d say : the voice. I love singing since I’m a child, and I can discuss for hours about my favourite singers voice. My girlfriend (and partner in a duo) Jo Wedin is a singer, too, I love to sing harmonies with her, it is as good as sex.

France (I love France, I studied french in Paris) has a long tradition of chansonniers, do you carry this influence in your music?
That is an interesting question, because «chansonnier» is a dispised word nowadays in France. People think of funny songs and accordion, when they hear it. But that’s what I wrote on my facebook page to describe my job, as a french translation of «singer/songwriter». I’ve been listening to a lot of chanson française : 60’s, like Gainsbourg and Michel Polnareff, but also much older, like Aristide Bruant, who may be the most dry and crude french chansonnier of all time, singing about guys being convinced to death and beheaded, for example.

Have you already played in Italy?
I played one time in the Villa Medicis in Roma with my rock band Mustang, in 2010 I think. We even slept there! Great memory.

How did you get to participate in the Europavox Festival?
I grew up in Clermont-Ferrand, where the festival was created. François Audigier, who works for the festival and a big venue in Clermont (la Coopérative de Mai) asked me if I wanted to try the Italian version!

The Europavox Festival is the bearer of European ideals, how do you see the social moment we are experiencing?
You can see everywhere (not only in Europe) that people are angry, and they are right to be. Rich people get richer, poor get poorer. But people are angry about the U.E., too. They feel they don’t have the power over themselves anymore, that the U.E. is just a big market that can make them easily loose their jobs. We have the military peace here, but I wonder sometimes if the ferocity of the market isn’t as bad as a war. I don’t know what will happen next, but I support those people on the street.

What do you promise the public that will come to see you in the historic Teatro Comunale of Bologna?
I’ll try to sing my best, as those old walls can’t bear wrong notes! I also promise I will do my best to talk a little bit in Italian, as all my songs are in french.

NINA JUNE – Meet Me On The Edge Of Our Ruin