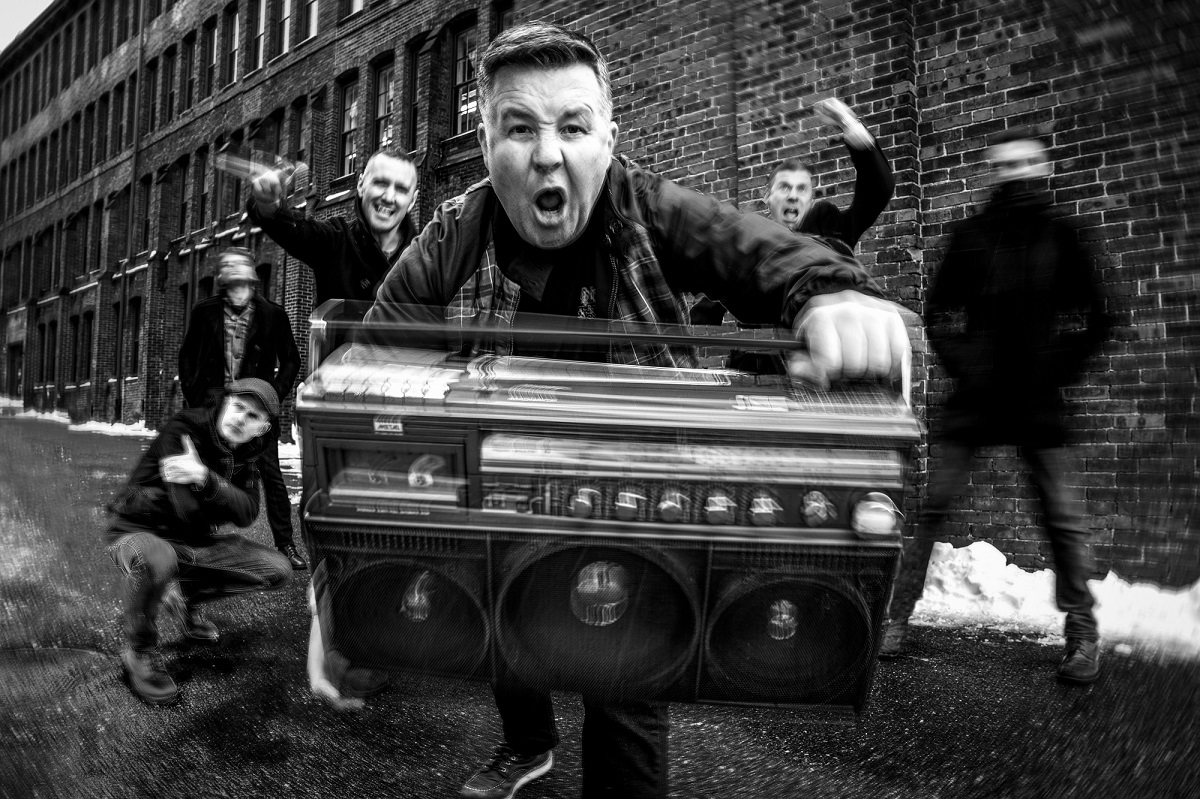 On the occasion of the Dropkick Murphys only Italian show of 2022, the 20th of July at Carroponte in Sesto San Giovanni (MI), I had the pleasure of interviewing Tim Brennan, the guitarist and multi-instrumentalist of the pioneers of world celtic punk.

Hi Tim, welcome to Tuttorock, how are you?

Hi Marco, I’m fine thanx, nice to meet you! We’re in Oslo for a show tonight!

On March 18th you released a new version of Turn Up That Dial with 3 bonus tracks, 3 new songs including a cover of “The Bonny” by Scottish guitarist Gerry Cinnamon, why did you choose that song?

When we became aware of Gerry Cinnamon, it was something that impressed everyone, we were all excited about his music and really enjoyed the things he was doing. We ended up covering “The Bonny” just for fun. You know, his songs are played acoustically, sometimes he sings with a drum track or something, but for the most part it’s just acoustic. We wanted to see how his song “The Bonny” made by us would turn out. So it all started because we are fans of him.

What is your new song that the crowd likes the most?

Well I I would say you that from the album “Turn Up That Dial” the songs “Good As Gold” or the song “Middle Finger” seems to be the two that people are reacting to the most but it’s still early. I mean, we put the record out, you know, during the pandemic, we’ve played only three shows over here. So we’re still based on the stuff we’ve done in the U.S.

After more than 20 years traveling around the world it seems that you are still enjoying yourself as in the beginning, is it really like that?

Yeah, absolutely. I mean, we do the greatest job in the world. You know, those of us who are in the band are really not qualified to do anything else so the fact that we can make and play music for a living works out to our advantage and to the advantage of the rest of the world. We’ve always absolutely loved what we get to do and luckily, 20 however many years on, we’re still at a place where we all really love getting to do it every night.

You who have combined Celtic music with punk know very well what musical contaminations are, is there one you would like to do?

That’s a good question! You know, we just finished we just finished recording some new stuff in the studio that has some different elements to it. I hesitate to use the word “country” but we have recently started playing around with some other stuff. We’ve done a lot of the combining of the Celtic music and the punk music or rock or whatever. Now I think we’re starting to bring a little, like I said, country ish, sort of Americana stuff into it. We’re all big soul fans, I’m sure we would love to do some sort of like Irish soul music, you know, but that’s a good question. I mean, we’re certainly up for trying to to do anything like that as far as as far as combining weird elements like that and like I said. It felt like we were, you know, stretching our legs a little more sort of with the music. And we’ll always be the Dropkick Murphys that people know and love as far as we’re. You know, as we grow as people and as musicians, it’s nice to be able to sort of add different elements in there along the way.

On next 20 of July you will be at the Carroponte in Milan, what kind of show should Italian fans expect?

Well, we haven’t been in Italy since the very beginning of 2020. We are very excited to be back and it will be a super fun time and we’re going to be so excited to see everybody again. We’re so happy to be back over here in Europe now that everything’s sort of getting back to normality.

The pandemic, the wars, the racism, will our poor world ever find some peace?

I don’t know, that’s a tough question, I think. I think as far as helping things, you know, music is there as an escape. It has a big impact on me, just sort of mood wise, emotionally and everything like that. So I think it’s as important as ever now for people to just sort of enjoy music the way that it was meant to be enjoyed as far as just sort of an escape, if it’s a three and a half minute song that’s three and a half minutes that you can focus on that and enjoy that and not have to worry about all of the horseshit that’s going on in the world now. We’re not under the impression that we’re going to come out here on tour and change people’s lives with our music or with a message or anything like that. You know what? With everything that’s happening between the pandemic and wars and stuff like that, we’re here to provide a good time and an escape for people for 2 or 3 hours a night. When they come and see the show and when they listen to our records and stuff, you know, it’s important for people to sort of spend time with the things that they enjoy at this point in their lives. As far as whether it’s music or food or movies or whatever, I think people really need to to appreciate the small things that make them really happy, whether it’s a three and a half minute song or whatever. So hopefully music is currently playing an important role in keeping people fairly sane with whatever, with everything that’s going on, you know? It’s crazy.

I saw in your last setlist that you haven’t played a song I love, “I Wish You Were Here”, will you play it live in the future?

In the future we certainly we will. Currently, Al Barr, our singer, is at home. His mother is ill and so he has been at home taking care of her. So he’s not out with us currently because he sings that song and we won’t be able to do it until he comes back. You can be assured that when he does come back we’re going to be playing that again, I promise you.

Yes. As I said, we have not been to Italy since the beginning of February 2020, since that time we have done a couple of summer tours and a St. Patrick’s Day tour and stuff like that back home in the US. We can’t wait to go back to Italy, we love our fans there so much, they bring so much energy and passion to the shows, we’ve missed you so much in the last few years. We can’t wait to get back to you and hear you all sing along. Bye!