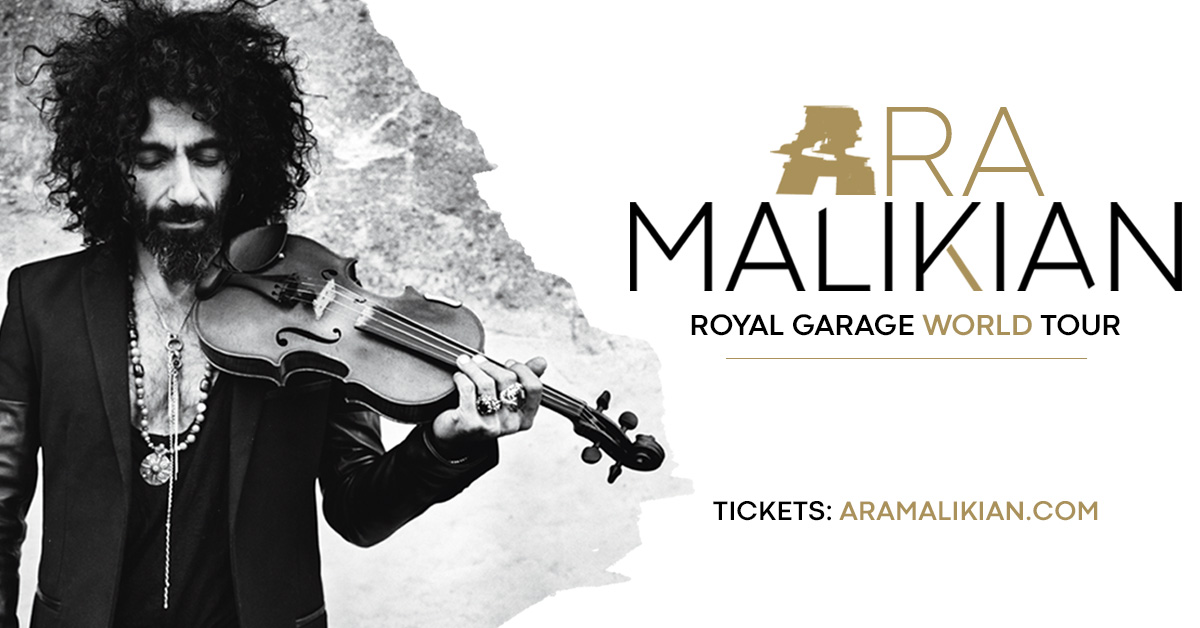 On the occasion of his five concerts to be held in Italy next December (1st at the Teatro Colosseo in Turin, 2nd at the Teatro Nazionale in Milan, 3rd at the Teatro Europauditorium in Bologna, 4th at the Gran Teatro Geox in Padua and 5th at the Auditorium Parco della Musica in Rome), I had the enormous pleasure of interviewing by telephone the great Lebanese violinist of Armenian origin, Ara Malikian.

Hi Ara, welcome on the pages of Tuttorock, congratulations for the beautiful album Royal Garage released last May. First of all I ask you how the album is going and why did you choose this title?

Hi Marco, thank you very much. The album is going very well, we are very happy for the responding of the audience. I choose this name to make a tribute to the place where I started to realize I wanted to be a musician. During the war in Lebanon when we hiding for the bombings in the building where we lived we went in the underground garage when we was waiting for the stop of the bombing, we were all very sad and many stressed. One day I started to play the violin and the sadness stopped, everything changed, atmosphere changed, the neighbors starting singing, dancing, playing instruments, the power of music changed the people and made them happier. So I called it as Royal Garage, it was a very dark place but for me it was the best place in the world.

You have collaborated with many artists in this album, our Franco Battiato, Serj Tankian (frontman of the System of a Down), Enrique Bunbury (ex frontman of Héroes del Silencio), rapper Kase.O, Cuban singer-songwriter Pablo Milanés and Argentinian songwriter Andrés Calamaro, all from the most diverse musical genres. Your violin seems to combine all the music, in your free time do you listen to everything?

I listen different things. In my career I had the opportunities to work with different kind of musicians, that helped me to investigate and learn about many kind music. I identified myself with people that collaborated with me in this album. The collaboration was very easy because I intended to play in the style of that artists but in a new way, so we have created some new styles.

In 2016 you released the album “The incredible story of violin”, was it really a violin to save your grandfather during the Armenian genocide?

Yes, that was a tribute to the violin of my grandfather which was the reason my father play violin and me too. All started from there. A neighbor of my grandfather played a violin and somebody gave to him that instrument, he didn’t able to play it but he pretended to be in a band that had to go on tour and thank to this he escaped from the Armenian genocide. Then he emigrated to Lebanon and built his family there where my father started to play that violin.

And the violin saved you too…

Absolutely, thanks to the violin and to the music I went out from Lebanon and I could go to Europe, I could study and now I can have a decent life because of music.

Can you tell me a little bit about the first time you picked up this instrument?

I don’t really remember. My father was a fanatic of violin even before I was born. I think I was very small, I started to play seriously the instrument when I was about 5-6. My father was a very strictly and rigid person, when I wanted to go out with my friends he wanted I played the violin for hours and hours. Now I have to thank him for this.

I guess one of your favorite artists of the past is Paganini, what other artists do you like both from the past and today?

The violinist Paganini for me is the greatest image, greatest personality, greatest hero to look. I thing every each violinist in the world starts from Paganini. I love other musicians from the past, classical musicians, jazz musicians like Miles Davis and rock musicians like Jimi Hendrix and many others.

About Jimi Hendrix I ask you a thing… Many people call you the contemporary Paganini but I call you the Jimi Hendrix of the violin because when you’re on a stage you and your instrument seem to become a single entity, a bit like it happened with Jimi Hendrix and his guitar, do you agree with me?

I don’t know but I’m very grateful that you compare me to Jimi Hendrix, he is one of the greatest artist of the last century. It’s a big honor and I’m very happy you think this but I don’t think I’m at the level of Jimi.

I know you’re friend of Thom Yorke, leader of Radiohead whose you made two amazing covers of their songs “No surprises” and “Paranoid Android”, how did that friendship come about?

Well, I know him but I don’t consider him a friend, I wish it were! Radiohead is one of the best band of contemporary music. I had a chance to know them many years ago in ‘90s, I appreciate them very much like musicians. They always renew themselves and innovated their music and their technology.

What do you do when you don’t play the violin?

When I don’t play the violin I spend that few time with my family, my son and when I’m in a city I love to loose myself discovering that city and people that live there. Walking around the streets of a new city is one of the thing I love to do.

You are also very active with regards to the problems of less fortunate peoples. Men understand nothing of past mistakes, we still have wars and hunger in the world, greed and selfishness are destroying the planet, what can we do for stop all this?

You’re absolutely right. We make the same mistakes, the same wars, the reasons of wars are always the same. I really don’t know the solution, we must having more art, more music, more culture in the society and we’ll can have more sensitive and conscious people, this is the must important thing. We can become a society more human with more respect with other cultures, other point of views and other way to thinking. We have to try to make our world better even do it’s very difficult.

Thank you very much Ara, see you in Bologna. Do you want to say something to the readers of this interview and to those will see your concerts in Italy in December?

Thank you very much Marco, see you in Bologna! I want to invite to my concerts all my Italian friends, I’m very happy and very grateful to come back there. I love Italian music and I love to spend time with the lovely Italian people. 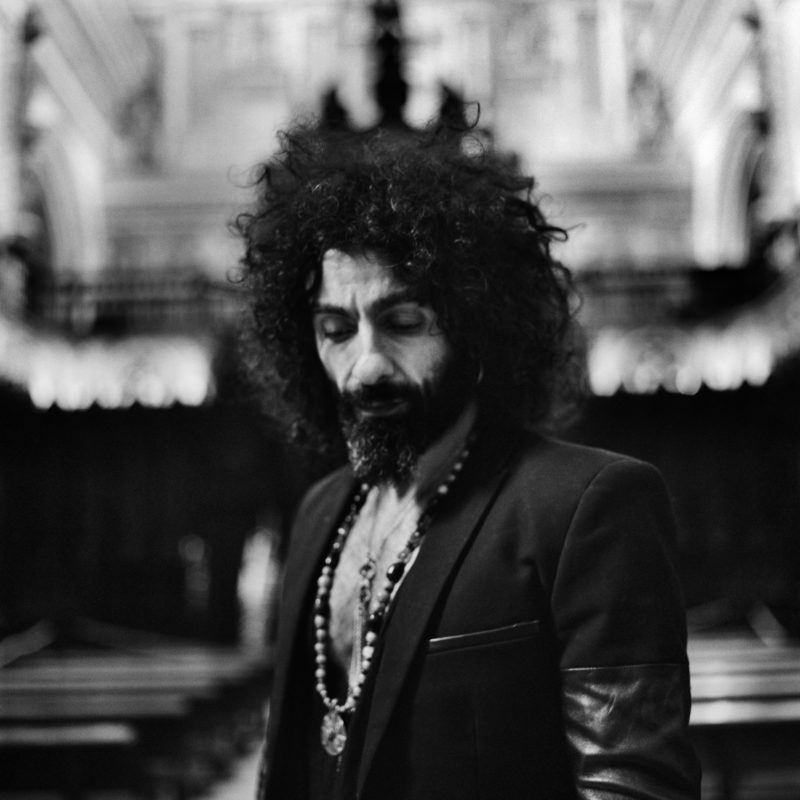 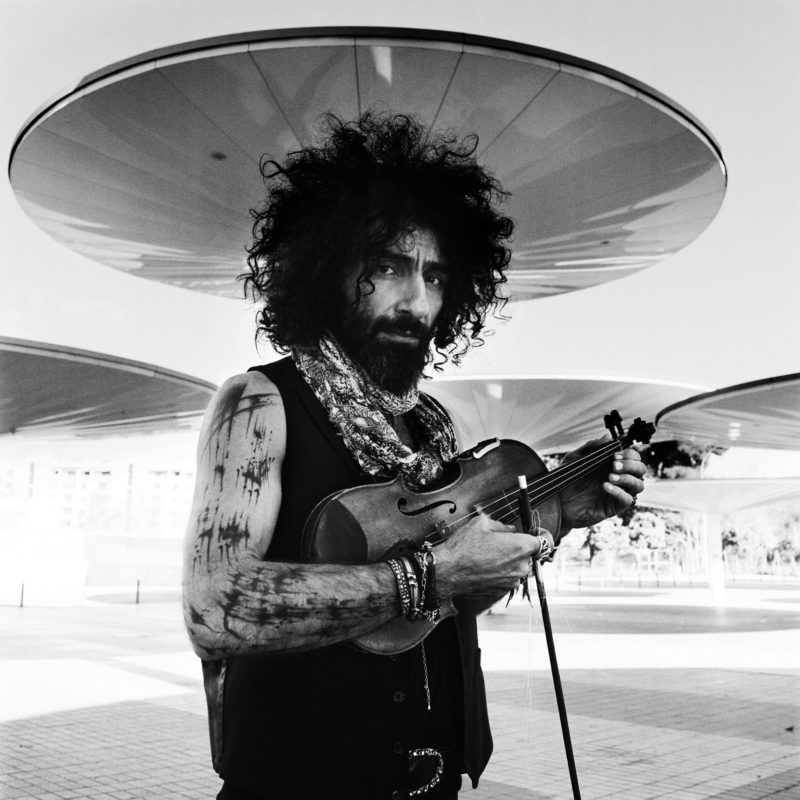 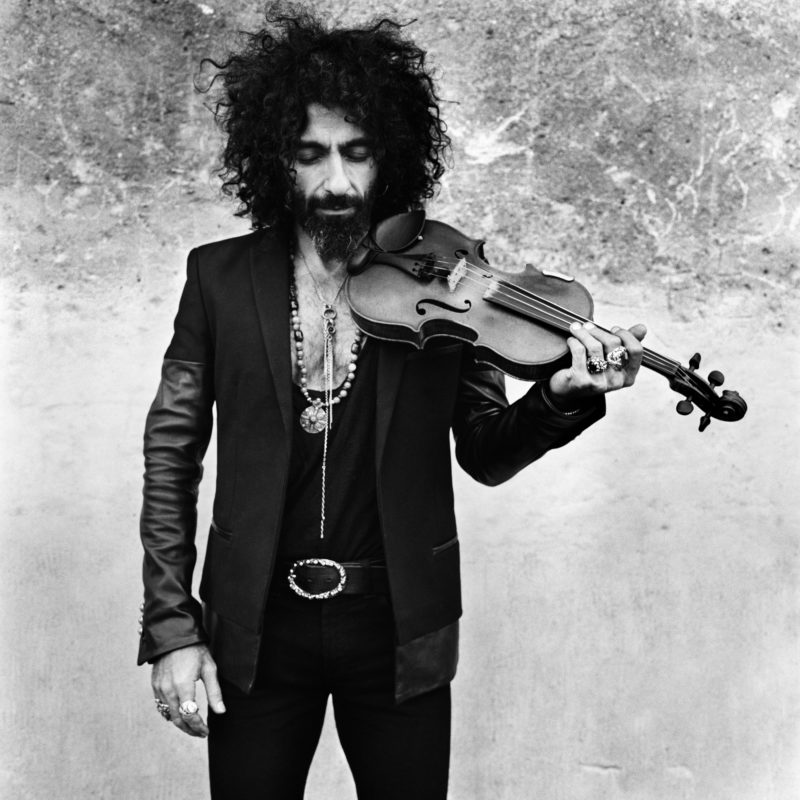 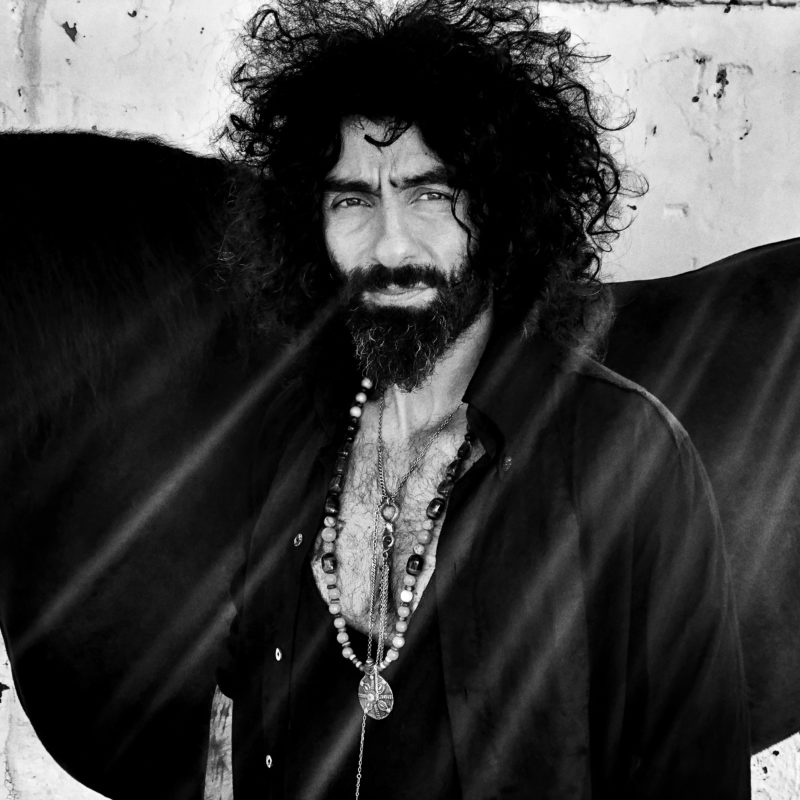 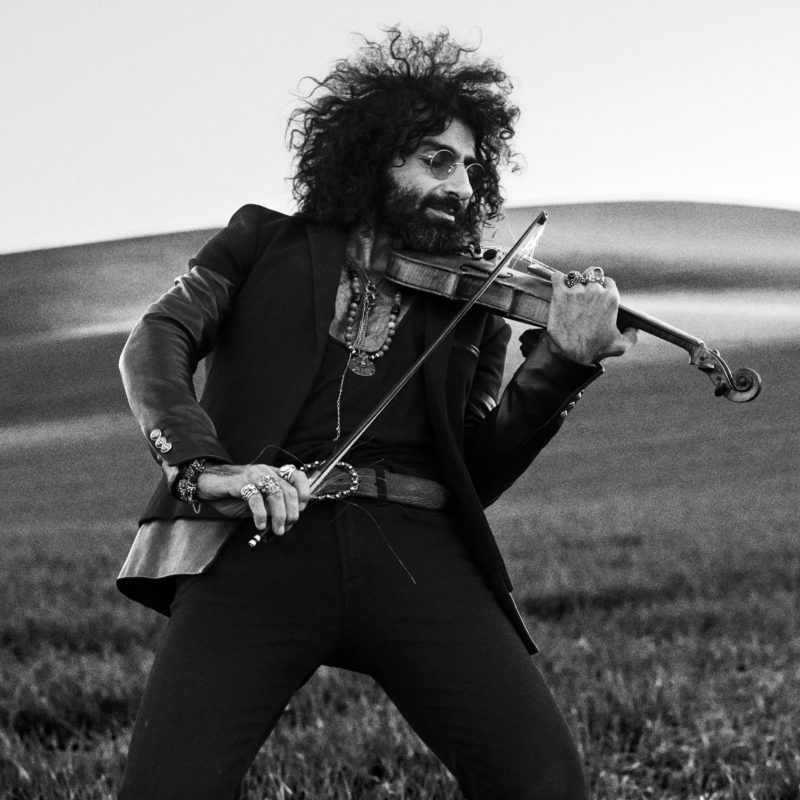 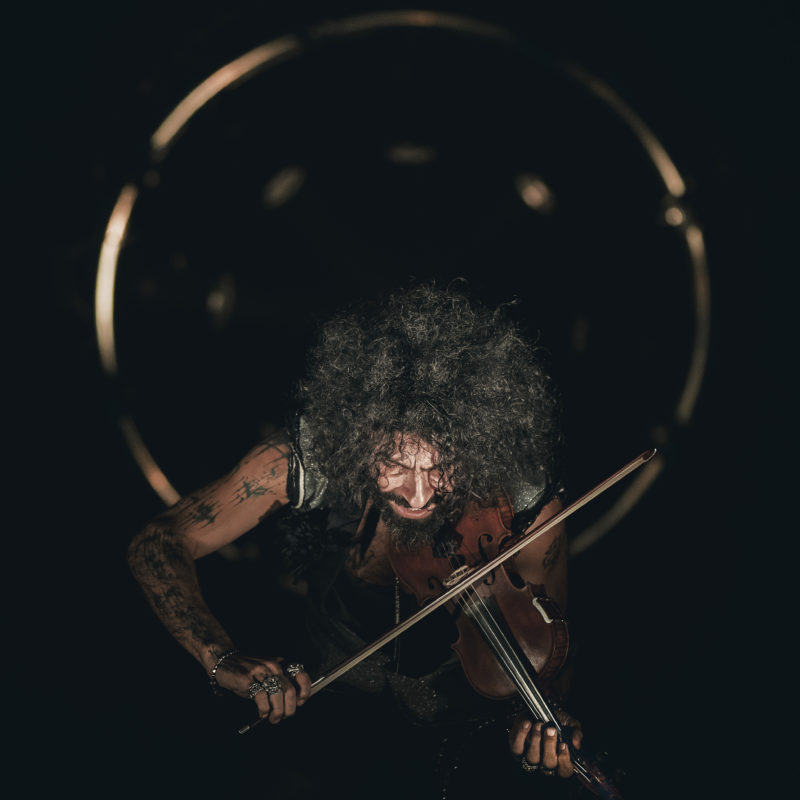 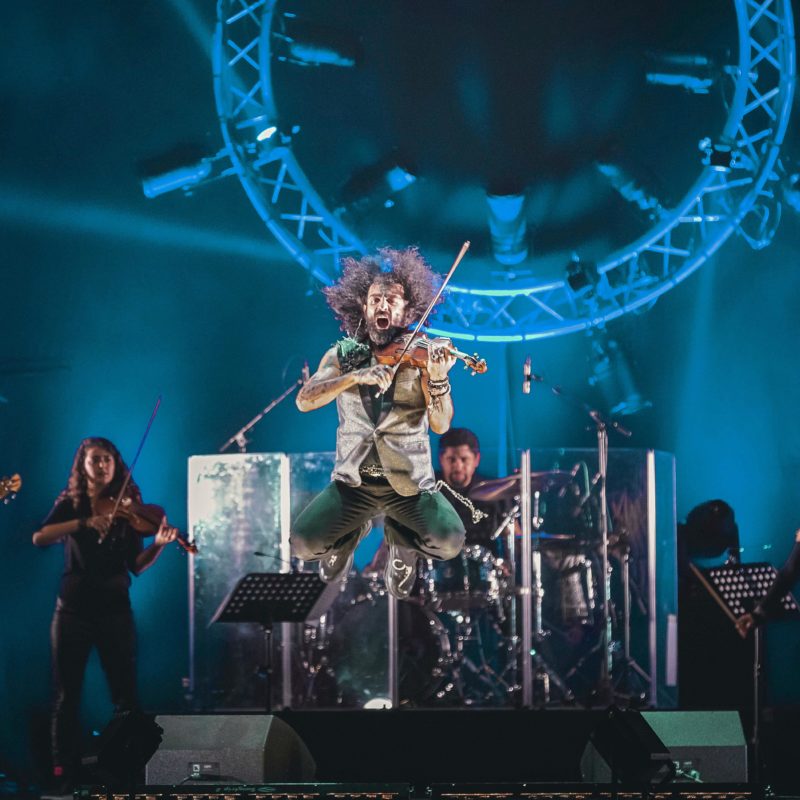 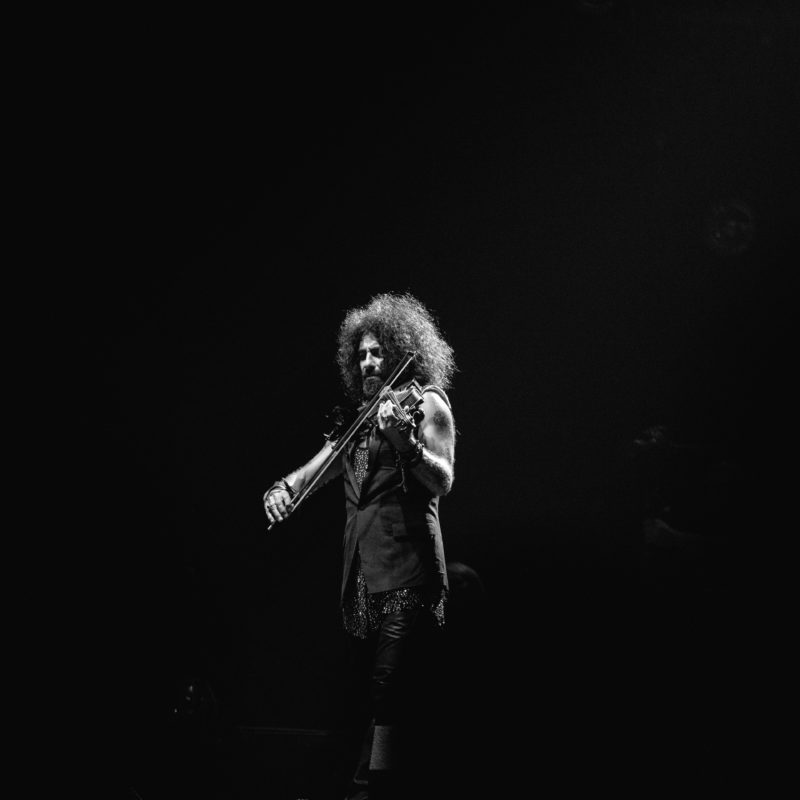 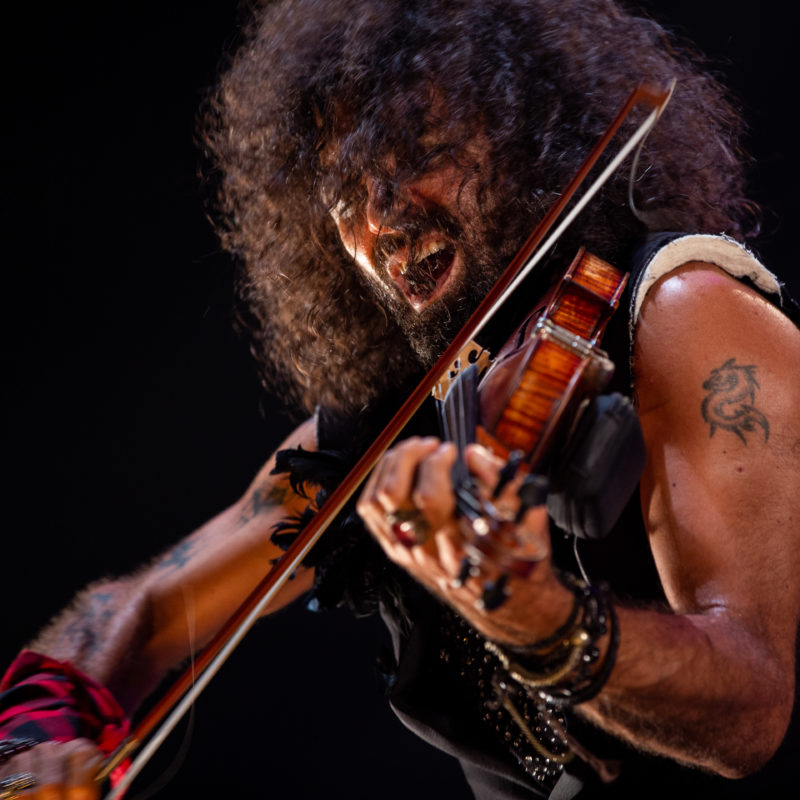 THE VACCINES – Back in love city