“Are there any paranoids in the audience tonight? Is there anybody who worries about things? Pathetic. This is for all the weak people in the audience. Is there anyone here who’s weak? This is for you. It’s call ‘Run Like Hell’.” Back in 1980, this used to be Roger Waters’ introduction to “Run Like Hell”, immediately followed by the powerful sound, that almost like a thunderclap would burst your adrenaline and surround you with greatness…
About The Wall, rock opera worthy of the same magnificence of an Egyptian pyramid, with more than 30 million albums sold worldwide, has practically been said everything, collected and archived every breath, trapped each curve of vinyl in amber, and after 36 years the needle turntable does not seem likely to give up its run…

However an ideal conclusion seems to exist, and once again and hint it’s given by the brilliant mind of its author: Roger Waters, who after the triumph at the Toronto International Film Festival, presents to the audience a film capable of bringing his stunning Live tour to stage, combined with a long introspective journey, directed together with Sean Evans and distributed in Italy by Nexo Digital.
While the concept of war extends his arms, embracing the dismay caused by recent war conflicts, and becoming a flag of world pacifism; in over two hours, The Wall revives faithfully to the original version in every single song, except for the exciting performance of “Mother”, in which Waters sings, standing in front of a monitor that shows himself back in the 1979.

Roger Waters: The Wall, has nothing to do with the film created by Oscar-winning Alan Parker, that occasionally shows through the scenes shots during 3 concerts of the Live World Tour. Moreover it has a 4K ultra-quality, and it’s mixed in Dolby Atmos.
The Northern Irish actor Liam Neeson, welcomes us at the very beginning of the movie, he tells about himself, and the experience of a man who resembles the well-beloved character of Pink. As well as him, he is alienated and gradually builds a wall around self, but the beauty of art surrounds him, and the sharing of his thoughts, and emotions with the public, works almost as a catharsis breaking the chains of the denial, and setting himself free from the wall. Perhaps it’s this, what an introspective and wise Roger Waters wants to bring to our attention: an ideal time of “closure” of the inner circle, that led him during his life to sublimate the frustration and anger over the death of his father, into a work of art that overcomes the boundaries of time, delivering his greatness to the firmament of giants, where only a few, very few men were able to make a difference in the history of our civilization.

“Your father would be proud of you” – a former official tells Waters at the end of a concert, a moving instant that the bassist recalls with a sense of peacefulness gained, a moment of mutual understanding between two souls, capable of grasping the essence of the strenght devoted to the pursuit of his goal, and set his spirit free.
And so here we are, spectators of a journey, shared at times with passengers only imagined (the friend Willa Rawlinson for example) and perhaps deliberately inspired by Nick Cave’s “20,000 days on earth” driving scenes. By asking: “Where are we going?”,  Roger Waters begins his journey behind the scenes of The Wall, and in the very same way writes its conclusion, but the “run” in circle, as a metaphor of life, instead of ending in the backstage, goes towards home…
Between these two opposite poles; the plot: on the steering wheel of a vintage Bentley, there is a man who will be caught in the fragility of all his humanity. His essence contemplates the honours of the artistic genius, both shining through the images taken during the concerts, where an heterogeneous multitude of fans show a massive emotional participation in the rock-opera, and through the number of references paid to other masterpieces of the world of art, such as the Italian neo-realism. By driving smoothly along the slopes of central Europe, he first stops in northern France together with his children. Here they visit the tomb of Water’s grandfather Mr. George Henry Waters. Then directing to Cassino on his own, Roger reaches the cemetery of his long missed father, where he reads for the second time in his whole life the letter sent to his mother with the communication of his father’s murder in war.
It’s a very moving scene of the film, as powerful as the instant in which the Wall comes down during the rock concert.
For the very first time in his entire life, Water stands in front of the plaque engraved with his father’s name, after a moment of silence, he uncovers his trumphet and by playing it, seems to succeed in a very similar way to what he does in his opera The Wall, to place the word “end” to the painful past, and reach a final state of peacefulness echoed by the waves of Anzio where he stops by, and looks at the place where the tragic battle was fought.

Like any creation by Waters, this film has all the charm and complexity, that gives the viewer a wonderful chance for building a personal interpretation, without suggesting a one-way reading, but leaving itself free to live within the images and sounds.
Alone, or in pairs – Those who really love you – They walk up and down out of the wall – Someone holding hands – Someone sits in band – The bleeding hearts and artists – They pop – And when they gave all they could – Some stagger and fall – after all it is not easy – Banging your heart against a wall of crazy … “- Roger Waters

Interview to Harry Waters in english

EA – Hello Harry, It’s a pleasure and great honour talking to you today. Thanks ever so much for this opportunity, and for your time. We’ve recently seen you on screen, together with you father, Roger, in his monumental and stunning docu-film “Roger Waters: The Wall”.
Since you were little, “The Wall” has been part of your life, and somehow I hope not be wrong by saying that you actually grew up with it, at the age of two by pronouncing “Look, mummy, there’s an aeroplane up in the sky”, your voice became the opening part of “good bye blue sky”, later on as adult, you’ve followed your father on tour since 2002, and presently you feature on the film by Sean Evans.
How would you like to describe your relationship to this album, and how did it actually influence your personal growth, and choices as a musician?
H.W. – It was the first Pink Floyd record that I loved. I listened to it a lot as a child before I discovered the other albums in the catalogue. It had a real impact on me and my taste in music going forward.

EA – The mise-en-scene of The Wall greatly regards the creation of a huge stage, having a massive scenario with amazing special effects, so the impact on the audience does not merely concern the beauty of the music performed, but also that “kind of magic” gained from the monumental artworks inspired to the film by Alan Parker. Throughout the years, and concerts, has there been a particular moment or event you’d like to share with us?
H.W. – I remember watching the show in Santiago Chile with the rest of the band in 2012 or so. They ran the show for us and we got to see what all the fans get to see night after night. It was quite incredible, albeit with no musicians on the stage ! I particularly like it when the wall comes down at the end.

Greeting and thanking Mr. Harry Waters on behalf of all Tuttorock readers.
Elena Arzani, with the kind, and rather precious collaboration in public relations of Mr. Maurizio Dente. 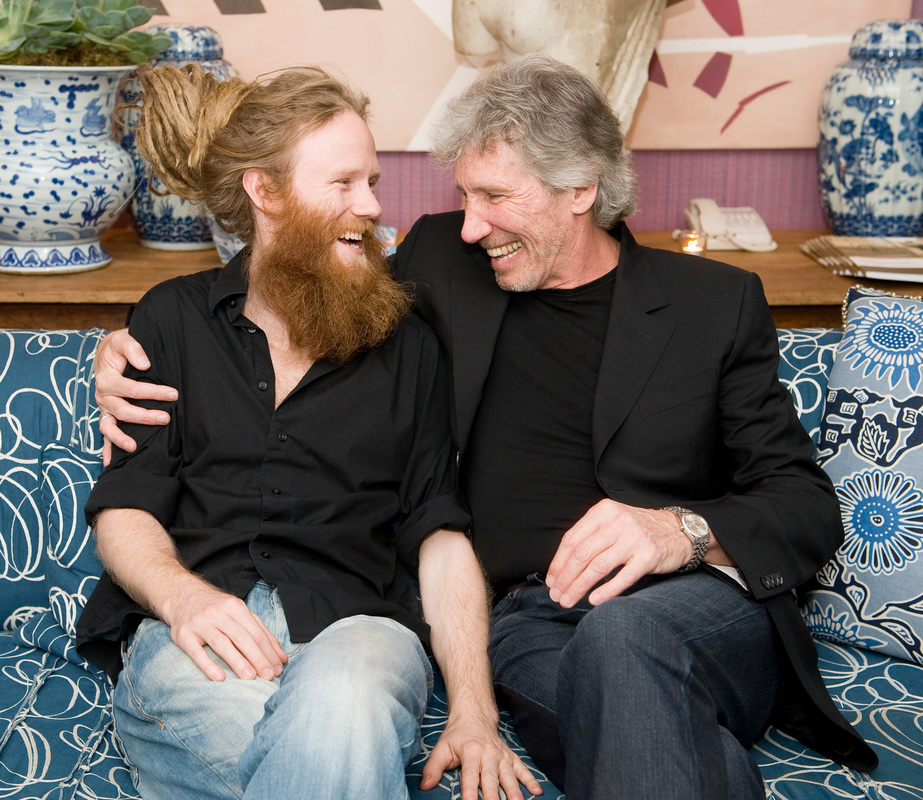 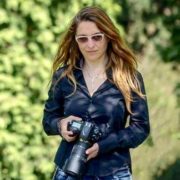