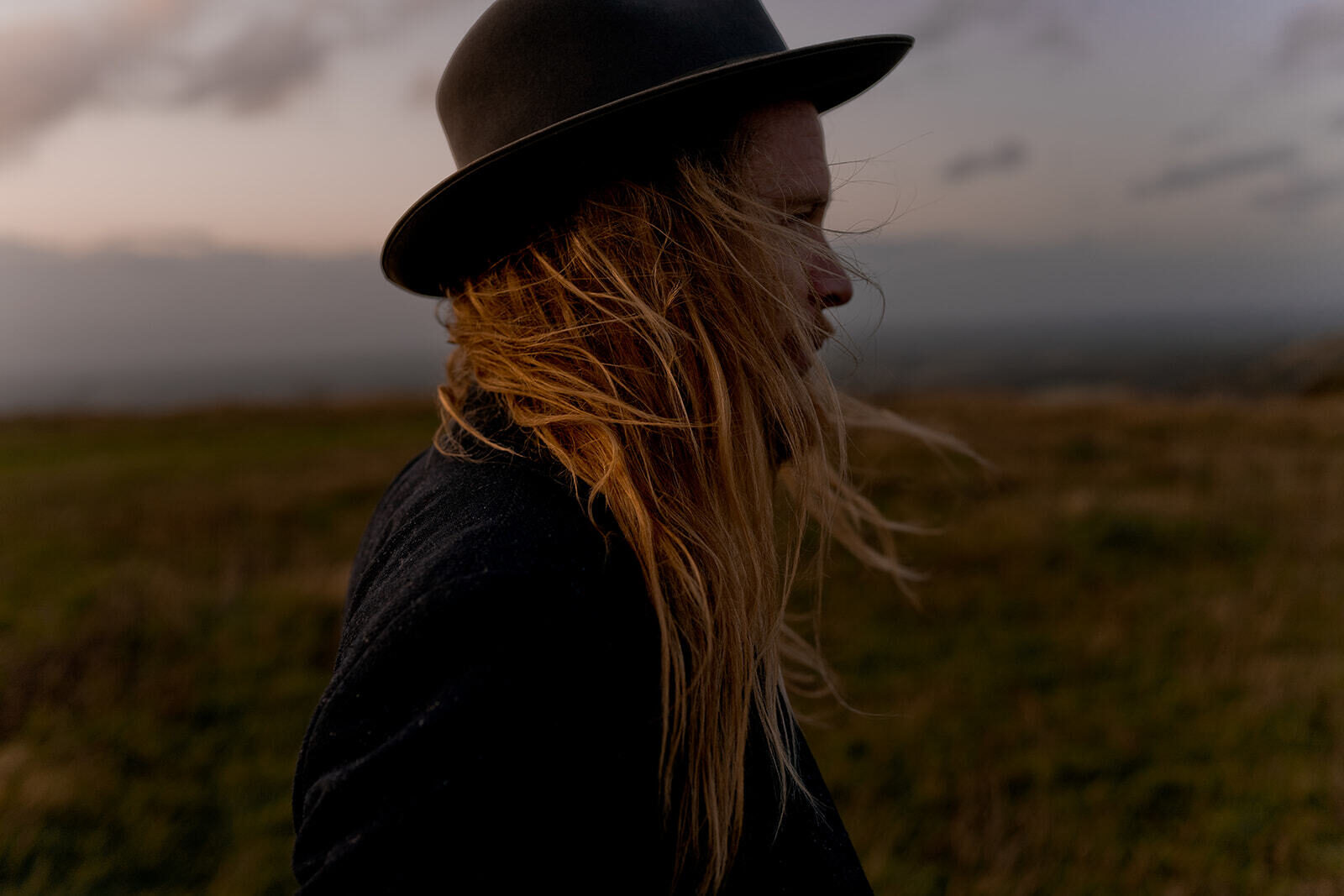 THE HURRICANE vs THE CORONAVIRUS (part one)
That time we planned a once in a lifetime hurricane world tour for March 2020..

After the show, I could see a slightly worried Thomas, he seemed to be rushing to get us all packed up and out the door and back to the apartment.. but why..? Because, he told me as we walked away from the venue, not only our flight, but all flights for the next morning were apparently cancelled. We would spend the next hours trying to work out if there was another way to somehow make the journey from Istanbul to Munich without spending too much time or money or if we would be stranded in Turkey for the coming days/weeks/months. Nothing seemed to make sense so we did what we knew best, we kept moving forward. We had been told that the flight had been cancelled and that the airlines were stopping all flights instantly and that we should not go to the airport the next morning, but every time we searched our flight number it showed that it hadn’t been cancelled and was still on schedule…? We decided to wake up early and make our way to the airport to see what would happen. We didn’t know what we would find when we arrived, but it was eerily quiet and by some miracle our flight was one of only a few flights still operating while the airline and airport finished shutting everything down. We were so relieved to be able to fly to GERMANY but landed in Munich knowing that the sold out show at Folks! Club was probably going to be cancelled and that it was getting close to game over for the three of us. We searched for an alternate option for the show but we realised that bringing people together was just not the right thing to do anymore. We were starting to understand just how big this virus situation was becoming. We had to accept this and cancel the show and decided to replace it with a livestream instead. We found a friend with a beautiful living room where I played a few songs and shared the experience with a handful of friends and a wider audience online. It was hard to accept that we maybe had to stop this once in a lifetime dream tour which had been unfortunately planned for the exact same month that a global pandemic took hold of the planet, but more and more it was becoming clear that this was the likely outcome. Waking up in Munich the morning after the little livestream we were told that our next flight had been cancelled, but we managed to be put on another flight which took us to our seventh destination. We arrived in ENGLAND and of course one last thing went wrong. None of our luggage turned up. No suitcases, no guitar, nothing. We waited and waited and waited and waited. We were hoping that for some reason it would just turn up, even after everyone else had collected their belongings and left the airport. Our luggage didn’t arrive and it kind of felt right for things to be this way after somehow surviving the challenges of the previous weeks. We started to make our way towards the ‘lost luggage’ counter to see what we could do but along the way we saw some lonely but familiar suitcases and a guitar sitting beside a completely different luggage belt. We three idiots had been waiting in the wrong place the whole time. Call it exhaustion, call it stupidity, call it what you want, we don’t mind, we were just thankful to not have actually lost our luggage that day in London.

From here, things moved quickly, we made the decision to cancel the sold out London show and we knew we then had to cancel the remaining shows for CANADA (sold out), USA, MEXICO (sold out) and ARGENTINA (sold out). We announced one final live stream from a little cafe in London called Hotshoe 333 where we would officially call it a day. It was a weird feeling, we didn’t want the tour to end, but it simply had to. It was not possible nor sensible to continue. The Coronavirus had well and truly overpowered the Hurricane. Thomas, Jarrad and I said goodbye the next morning and we headed our separate ways.. which is when things started to get really interesting…

THE HURRICANE vs THE CORONAVIRUS (part two)
Escaping from England to France, the long way round..

With my passport stamped and feeling such relief, I happily move through to find my suitcase and walk to the airport hotel where Guido and I agreed to meet. As I sit down and finally relax a little, I receive a message from Guido saying he is still two hours away. It is almost 3pm. This means we will not have enough time to make it back into Germany and we will both be stuck in The Netherlands when the border closes at 6pm. Do I tell him to turn around to go home and I find the next solution on my own? I was starting to worry a little and I wondered what I should do as I hurried back to the airport. As I arrived, I looked at the train timetable and spontaneously bought a train ticket to Nijmegen and Guido agreed to meet me there as it’s close to the border with Germany. Perfect, I think this will give us enough time. I’m feeling okay again, waiting on the platform for the train to arrive. But a few minutes later, I look back up to the screen and read ‘CANCELLED’. Of course it’s cancelled. Why wouldn’t it be? This was one of those moments when I really wasn’t sure what to do. It had already been quite a tense time and I was wondering if I should keep trying to get to France or if I just call it a day and stop. I tried to call Mathéa to get her to help find some options, but she was off doing yoga. I then asked a friend in Amsterdam if she would let me stay if I really got stranded. She said yes, so at least I had this as a backup. In the meantime I booked an uber from the airport to a point on the map somewhere in the east but the wait time just kept saying fifteen minutes so I cancelled and jumped in a taxi. He asked ‘Where to?’ I don’t know, just drive. Drive east towards Germany. ‘But where are you trying to go?’ I told him I was eventually trying to get into France. He said he would take me there for a good price. I declined and found an address halfway between Guido and I, on the edge of Utrecht at a restaurant conveniently named ‘Down Under’. After an eternity of watching the price increase on the little screen in the front, the driver drops me off, I pay him a lot of money and he says he can still take me to France if I want. I thank him and say goodbye. Guido is still not there. ‘Down Under’ is closed. I’m hungry and need to use the bathroom. I walk to another place nearby, but it’s also closed. I see a McDonalds down the road and walk there, but only the drive-thru is open and they won’t allow me to buy food or enter to use the bathroom. Things are getting serious. Guido turns up after another twenty minutes and I am so relieved to be out of the cold and with Guido who will take me to safety in Germany. We crossed the border at 5:45pm. They seemed to be setting up light towers as we glided out of 120km/h zoned Dutch roads and onto Germany’s autobahn. This felt like a big achievement. I felt safe now. Only one border separated me from Mathéa and I could stay in Germany if I really couldn’t make it into France. I slept very well this night. The following morning, we were wondering if I would be able to enter the north of France and have Mathéa come and pick me up at the border, but movement was already heavily restricted in France so this was not an option. People were also saying that both the French and Swiss borders with Germany were completely closed to anyone without a valid reason and valid documentation. It was beginning to look like I would be living with Guido and Yvonne and their boys for the days and weeks ahead. There just didn’t seem to be any possible or legal way to cross into France or even into Switzerland which would be helpful too. I think I was almost ready to give up when Thomas (amazing human and tour manager from the Hurricane Tour) sent a message asking what was happening. Thomas is one of those people who has taught me to never give up, that there is always a way, even when it seems impossible. He had booked the cheapest flight back to Germany (he is also very frugal) which happened to be into Cologne/Bonn which was not too far from where I was staying with Guido and Yvonne. He said together we would find the way for me to get into Switzerland and then I could get into France from there. Okay Thomas, let’s do this!